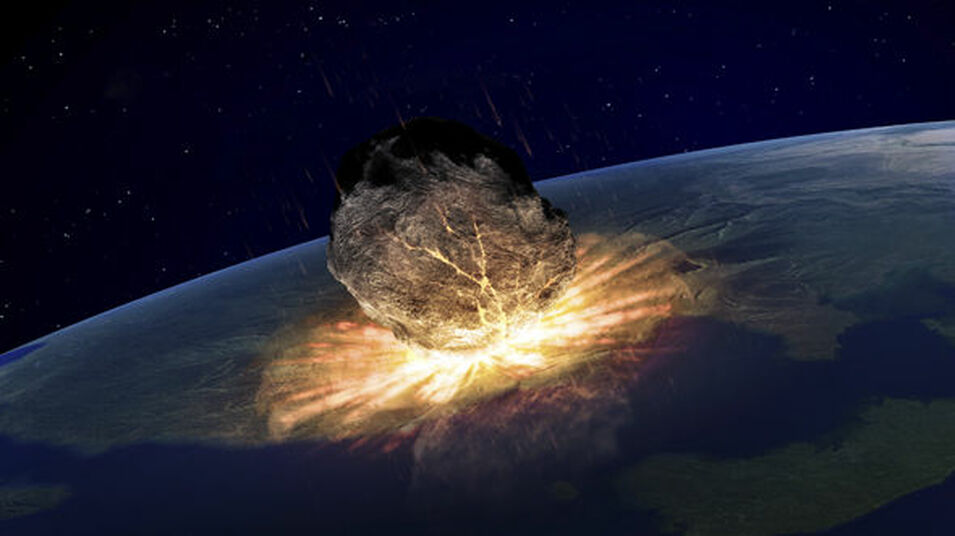 POSTED May 8, 2019: Occasionally scientists and organizations like NASA unintentionally provide us with information about asteroids and comets that actually confirms how deadly some of them will actually be. Of course they can play down the seriousness of some of these, inform the public they will pass harmlessly so many lunar orbits away from our planet. Yet, all the while, they may give a colossal wayward body a name that implies certain doom, or acknowledge that it will pass the earth at a dangerously close distance twice exactly seven years apart. The latter is a sure fire indication that on one of those two seven-year passes, it will be an impact.

Thus is the case with the giant asteroid Apophis (the Greek name of the Egyptian god of Chaos, Apep, also called The Evil Uncreator), due to next approach our planet on April 13, 2029 and again in late March 2036. After that the intervals between passages lengthen significantly. If Earth is not impacted by Apophis in 2029 or 2036, then the next two flybys that will be as dangerously close are in 2068 and 2105.

On April 13, 2029 it will pass 31,000 kilometers of Earth. The distance is ten times CLOSER than the moon, and even closer than some man-made satellites. The colossal asteroid will skim the Earth from a height at which many of the planet’s spacecraft operate. It will be the closest asteroid of its size in recorded history ... aside from the one that destroyed the dinosaurs. On that date, it will become as bright as magnitude 3, an easy naked eye object assuming it doesn't impact (in which case it will be very bright indeed, briefly). The asteroid is almost as tall as NYC's Empire State Building and would have the explosive force of 750 megatons if it impacted the Earth. For comparison, the largest hydrogen bomb ever detonated had the explosive force of 57 megatons. In terms of natural disasters the 1883 eruption of Krakatoa was the equivalent of roughly 200 megatons.

What is lacking for the great destroyer is a base 7 precedent somewhere in our past. There is none, but by assuring us that Apophis will return again seven years later in 2036, assuming it does not impact earth in 2029, a future precedent is established. By becoming a base 7 event, Apophis also becomes a potentially catastrophic event waiting to happen in EITHER 2029 or 2036.

It is that number 7 that makes it dangerous, not the scientific data.

Regardless of the projections or potential kill/miss ratios, APOPHIS WILL become a BASE 7 EVENT between April 2029 and March 2036. Thus all initial warnings made must be heeded, such as the likelihood that if the colossal giant does not strike Earth in 2029, it will shear our planet's atmosphere and return for a full on impact in 2036. Some destructive heat energy may even be unleashed in 2029 due to the shearing effect.

Its next passage near the Earth is less than a year away: January 5, 2020. But it is expected to be a very large miss of 41 million miles.

Even so, scientists have only now been conducting simulation tests to figure out what would happen if Apophis struck our planet or impacted a large city such as New York.

Still, that is only 7 years after the Chelyabinsk meteor entered Earth's atmosphere over Russia on February 15, 2013. The light from the meteor was brighter than the Sun, visible up to 62 miles away. It produced a huge shock wave of about the same force as the bomb dropped on Hiroshima. Over 7,200 buildings in six cities across the region were damaged by the explosion's shock wave, and about 1,500 people were injured seriously enough to seek medical treatment. The only precedent for the the Chelyabinsk meteor was the 1908 Tunguska event (June 30). That was 105 (7 x 15) years earlier. Apophis, although not expected to come very close to Earth (supposedly), will pass uncomfortably close in terms of the base 7 interval between February 15, 2013 and January 5, 2020. This is the sort of interval that often occurs in base 7 between two similar events, off by six weeks, a month or two months (or occasionally spot on to the very day).

Perhaps Apophis will in some manner produce a small fragment that will stray quickly to Earth on or near January 5, 2020 ... one that will rival the force and brightness of the 2013 Chelyabinsk meteor. We might think of it as a kind of calling card to remind us of the bigger threat posed by Apophis in 2029 or 2036.

Asteroid warning: 'God of chaos' Apophis asteroid could cause tsunamis and climate change

A 370-metre wide asteroid known as 99942 Apophis is potentially on a collision course with Earth, and it could cause global devastation if it does hit. The Apophis God of Chaos asteroid is named after the Ancient Egyptian god of evil, darkness and destruction.

From all the asteroids that have made a close encounter with Earth and passing through the planet's orbit, this may be potentially the most dangerous one yet. In the event that this particular asteroid passes into Earth, then it could result in environmental disasters.

Ufologist Billy Meier claimed that aliens have warned him about the destruction that the killer asteroid Apophis will cause on Earth during an impact event. He also said the aliens suggested a way on how to successfully deflect the massive asteroid away from Earth.

Now that NASA has warned about the approaching Apophis asteroid, conspiracy theorists are up in arms to float more such unauthenticated disasters to hit the planet. Among the conspiracy theorists, Billy Meier is a popular name and these people believe that he was once contacted by extraterrestrial aliens from deep space.

Michael Horn, a self-proclaimed scientist and official representative for alleged alien contactee Billy Meier has claimed that earth's impact with Apophis asteroid could pull the planet back to prehistoric ages. Horn made these remarks while talking exclusively to Express.co.uk. Contradicting NASA predictions, Horn assured that this rogue space body will definitely hit the earth, causing massive destruction everywhere.

Asteroid trackers at the observatory were able to observe the space rock for two days before their views were disrupted by bad weather. As a result of the mishap, there was some uncertainty about the space rock's orbit. NASA has since ruled out any major risk of impact, including on the two dates in 2029 and 2036.

A BIBLE scholar has shockingly claimed to Express.co.uk that an asteroid heading toward Earth has a far greater chance of striking than originally predicted and, when it does, it will be fulfilling a prophecy for the end of the world.

Nasa is already preparing for the arrival of a huge asteroid named the "God of Chaos" that will skirt past Earth in 10 years. On 13 April, 2029, people looking towards the sky will see a speck of light streaking across it, which will quickly get brighter and faster.

The colossal asteroid will skim the Earth from a height at which many of the planet's spacecraft operate. Asteroid Apophis will swing by from a distance of about 19,000 miles (31,000 km) above the surface. And when the asteroid approaches, it will be visible to the naked eye as a speck of light gradually "getting brighter and faster".

Astronomers have calculated the Apophis asteroid will speed past Earth on April 13, 2029, at just 18,600 miles away - a hair's width in astronomical terms. To put that into perspective, the moon is 238,900 miles away. 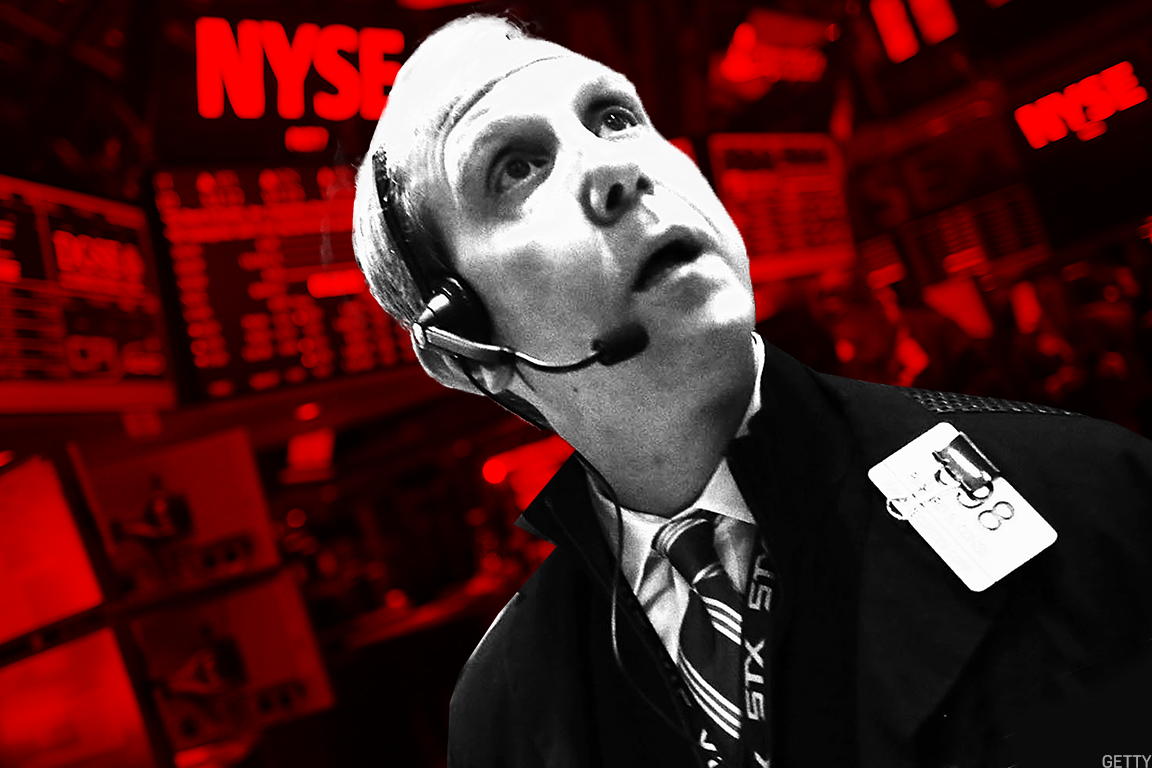 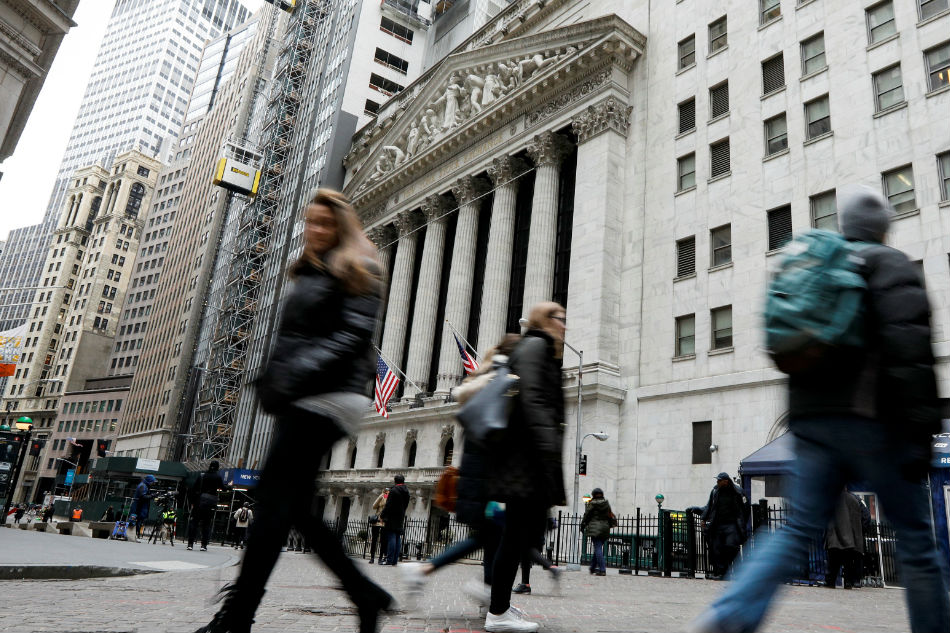 I am sure the world will think the crash is somehow linked to the 100 year event, but that's usually not the kind of anniversaries where things happen all over again. Usually a century repetition of history is actually a 98-year repeat (7 x 14 years). Thus there were 98 years between the assassinations of U.S. presidents Abraham Lincoln (1865) and John F. Kennedy (1963).

Thus if 1929 still had any influence on future events, it would cause a Crash of 2027. But the vibes from 1987 (Black Monday) and 2008 are much stronger and in line, making September-October 2029 the more likely vector. One good reason is that the 1987 event was much worse than the 1929 crash ... much, much worse. Yet, unlike 1929, Black Monday failed to plunge the country into a ten-year depression.

In fact it was the 1987 crash that I used to forecast the crash of 2008, an event that was fulfilled live on my main website. The 2008 crash resulted in the Great Recession, but failed to plunge the world economy into a depression as I predicted. So I was right about the crash and I was partially right about the longer term consequences.

But that is twice a major meltdown on Wall Street, both historic, failed to bring about another Great Depression. Perhaps in 2029 we will be as lucky as '87 and '08, but we all know what they say about three strikes in baseball: "three strikes and you're out."
Powered by