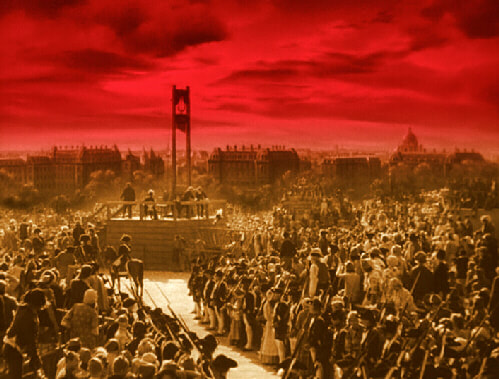 July 9, 2021: Contrary to media reports and Democratic spin, the Republican Party is not radicalized. At least, not yet.

Much of the Left has become radicalized under Woke intellectuals like Ibram X. Kendi. The Leftist rabble burning our cities are incited by both antiracist ideology as espoused by Kendi, but also by Marxists, some domestic and some from socialist and communist countries. The rabble are the ugly face of the real Revolution in progress, not our elected officials. But our elected officials have no choice but to appease the rabble.

As I already predicted, the crossroads of decision will come in September 2023 (if it hasn't happened much sooner): the radical left Revolution overthrows the entire government and its very foundations or else is expunged from the face of the earth, allowing America to move forwards. If the latter happens, then all the "radical left revolution" predictions, except those few that have already been fulfilled, and this one as well, can be deleted and forgotten.

At this point in time, most of the Revolution predictions are conditional and are pending. They have a good chance of coming true, but they need not succeed, in which case we move on with the other problems facing the world.

If the government is overthrown in 2023, a new republic declared by the Revolution, and a reign of terror follows in 2024 and 2025, moderate forces on the Left will begin to plot the overthrow of the radicals. Also, the Republican Party will have become radicalized, as badly so as the rabble in the streets are now.

As a result, an at times uneasy alliance between the more moderate Leftists and the Republican Party will develop. When the Terror reaches its worst point in 2025 and the chief architect is publicly executed, the counter revolution will see its chance, but still watch and wait.

In January 2026, the counter revolution will begin ... and a new Reign of Terror will commence. Everyone involved with the radical left and Woke will be sorted out, found out, and slaughtered without mercy. Public executions will resume that may be even more bloody than the first terror.

And if this is the era the prophet of Bingen, St. Hildegard foresaw in the 1100's, the following will occur:
"At this time as a punishment for their sins Christians especially will attempt armed resistance to those who at that time are persecuting them, sensing no concern for the death of their bodies. A powerful wind will rise in the North carrying heavy fog and the densest dust by divine command and it will fill their throats and eyes so they will cease their savagery and be stricken with great fear." 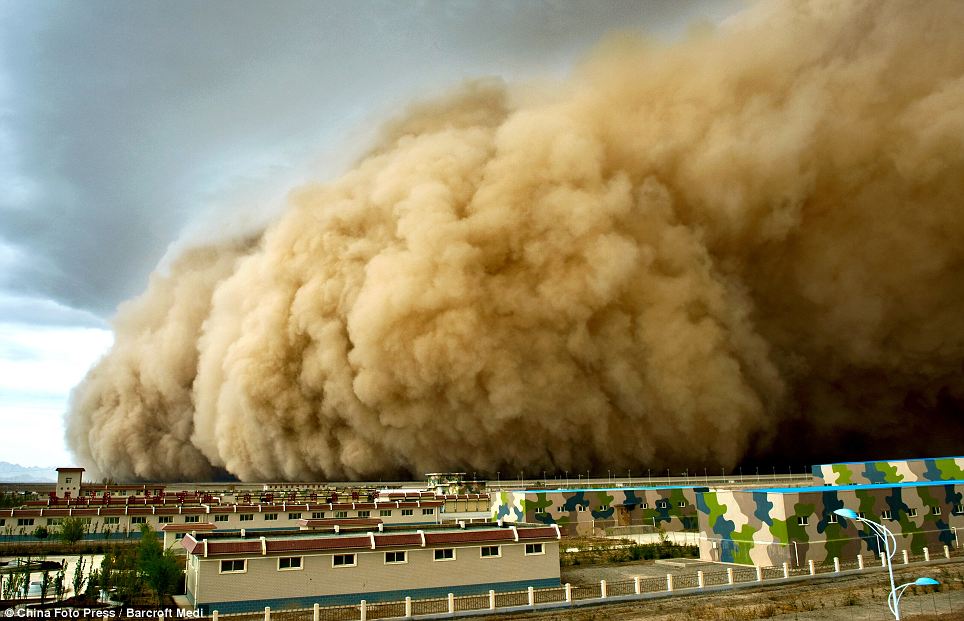 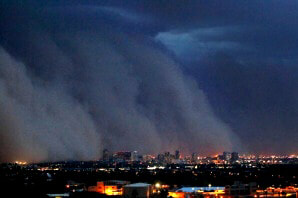 Rigord of St. Denis (who also lived at the time of Hildegard)
“At that time from the sea will rise a very strong wind, which will strike terror in the hearts of men, and it will raise sand and dust from the surface of the earth, until it will cover the trees and the towers… And there will be heard in the air quakes and thunder and voices which will strike terror in the hearts of men, and all the countries will be covered with sand and dust… For that wind will rise from the west corner and reach until the west corner, encompassing all the countries of Egypt and Ethiopia… and also the lands of Rome."
If this is the time Hildegard warns us of, the counter revolution will come too late. A moderate, but weak government will emerge ... one that a demagogue or dictator will seize by force in 2030.

Three retired U.S. Army generals have warned of insurrection or possibly even civil war if the results of the 2024 presidential election are not accepted by sections of the military. Retired Major Generals Paul D. Eaton and Antonio M. Taguba joined retired Brigadier General Steven M. Anderson urged today's leaders to act to prevent such scenes, calling on today's leaders to "war-game" an attempted coup.

The U.S. military must start making preparations for another "insurrection" after the 2024 election, according to a trio of retired military generals. An op-ed published by the Washington Post on Friday called for action amid growing concern among former senior officials about the "potential for lethal chaos inside our military" in a flash of violence that could eclipse the Capitol riot on Jan. 6.

47 percent of Republicans say time will come 'to take the law into their own hands': poll

About 47 percent of Republicans believe that a time will come when “patriotic Americans have to take the law into their own hands,” according to a George Washington University poll on Americans’ faith in election systems and democratic values. Approximately 55 percent of GOP respondents said they support the potential use of force to preserve the “traditional American way of life,” compared to just 15 percent of Democrats. 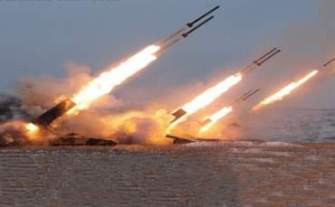 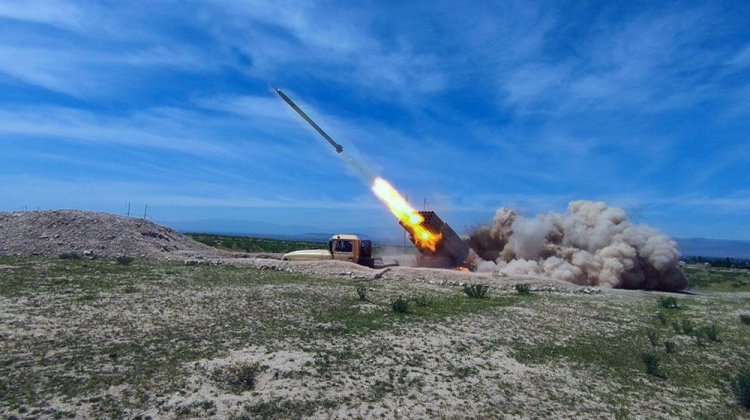 December 21, 2021: Besides the inevitable conflict between Iran and Turkey will also come another between Iran and Afghanistan in August 2026. The question is how long it will last and its long-range implications. In some ways, an alliance between the two would make more sense, yet Iran has no interest in seeing any form of pan-Turkism engulf the Middle East and Central Asia. That can be accomplished either by Turkic forces within Afghanistan or Turkey itself. Thus, it may be that at this time Afghanistan and Turkey will be allies.

This, of course, would solidify enmity between China and Russia, ensuring a long, bloody conflict between the two superpowers.

US Bombing Campaign and Cruise Missile Attacks on Iran for Four Days, Possibly Up to Six Weeks 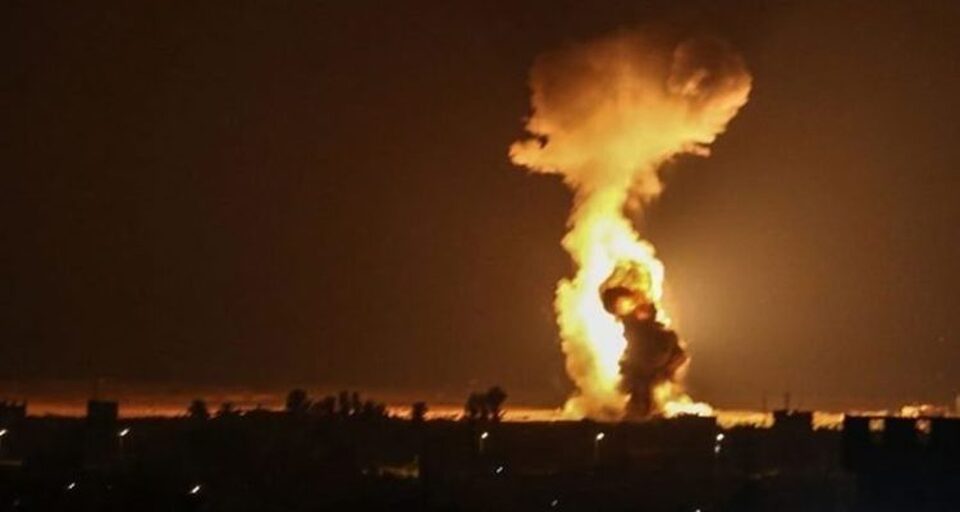 July 9, 2021: This may actually be the first real engagement with Iran. The others that are predicted could be "proxy strikes" against Iranian positions in Iraq and Syria such as what has occurred in 2021. The same may be true in this case. Or it will at last come to the bombing of Tehran in December 2026.

Whichever way it goes, Iran itself or Iranian proxies in Iraq and Syria, it will be a major event. Especially if it lasts for six weeks.
Powered by