June Pop or Rock Concert Turned into an Inferno by Terrorists:
The Trigger for Great Paris Fire and Second French Revolution

MARIE MARTEL (1872 -1913)
​The Blessed Virgin says "The first blow will be on Paris: theatres will blow up; victims will burn; the blood will flow. A disaster will pass in a festival that will be given; and the other (the Charity Bazaar disaster of Paris of 1897 that occurred around the time of Marie's vision) is nothing compared to it. The catastrophe is going to be so terrible so that the world will pray better ... I see them coming by God in a more distant time ... Oh! How many weeping mothers! They will shriek to the sky when they see their children writhing in the flames! Oh! It is there that these mothers will forget the feasts of Baal and all their pleasures; and during these days of mourning, the world will pray better. Many will come to prostrate themselves before the divine tabernacles, and ask God's forgiveness ... Ah! What repentance! But unfortunately ! It will be too late !... Since the world does not want to pray, that's how God will strike!" 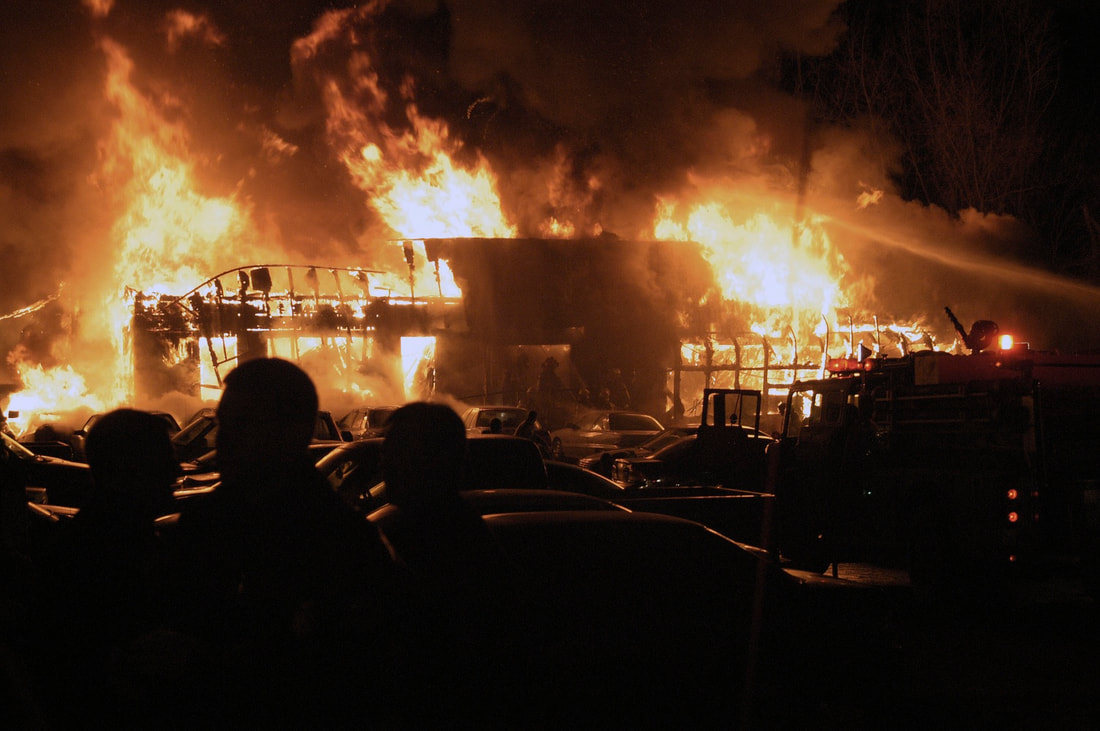 ​MARIE-JULIE JAHENNY (1850 – 1941)
A government conspiracy started by an evil handful of men - they will work to bring down the economy and create a lack of jobs. This will create unrest that will suddenly explode, especially when the conspirators set the walls of the city on fire with 'violet sparks'. The workers will revolt.  The cries of WOE will sound - it will begin with a huge blasphemy, songs and the cries will resound to start the bloodshed. It will happen so fast no one will have time to escape. Roads and passages will be blocked, the carnage will begin.  When the government has seen the carnage begin it will fly away like a bird to let the country free in its carnage. The corrupted youth will be Christ's worst enemies at this time and will be the most active in calling out 'death to Christ' - 'death to the Christians'. 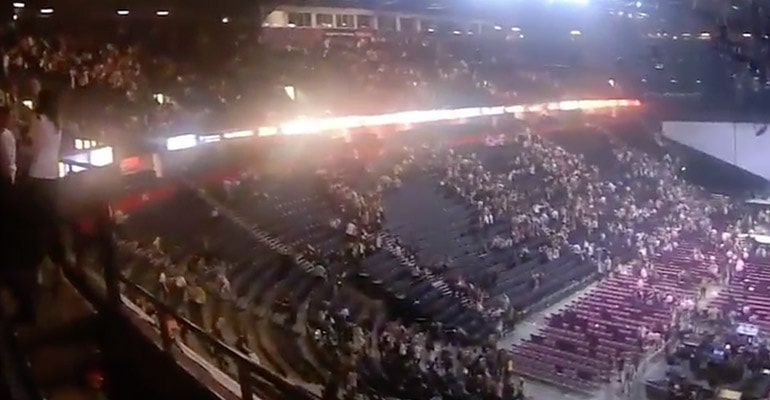 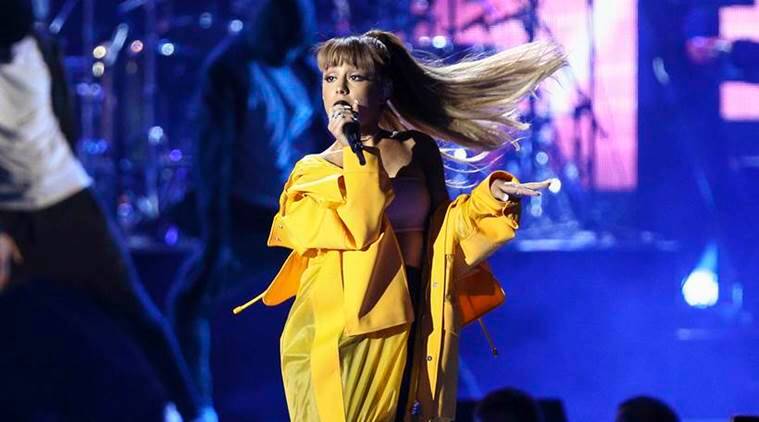 ​March 7, 2021: The huge fire of Paris will begin at a children's festival in a theater ... a festival youth will go to that will have orgiastic elements to it. It will be a music concert connected in some way with the "feasts of Baal." This brings to mind the many pop/rock concerts of today where mostly female singers perform onstage with occult and sexual themes in both the music and the performances. The explosion and fire will cause a huge tragedy - then Paris itself will burn.

The two precedents to this event are 1) The Station Nightclub Fire in West Warwick, Rhode Island in the US where the rock band Great White was performing on February 20, 2003 and 2) the terrorist explosion at the Ariana Grande concert that occurred fourteen (2 x 7) years later on May 22, 2017 at the Manchester Arena. The nightclub fire, caused by pyrotechnics, killed 100 and injured another 230. Twenty-three people died at the Ariana Grande concert, including the terrorist attacker, and more than 800 were wounded, some of them children. That event occurred in Manchester, England. Neither event occurred in Paris obviously, thus neither is a fulfillment of the prophecy. But they certainly work as prototypes of the future event in France.

The Ariana Grande concert bombing in Manchester in particular calls out to me as I predicted it would occur and was only off by one month (predicted for June 2017, fulfilled May 2017). This, together with Station Nightclub Fire, well define what is to occur in June 2038.

The singer is mobbed and murdered​ or perishes in the fire 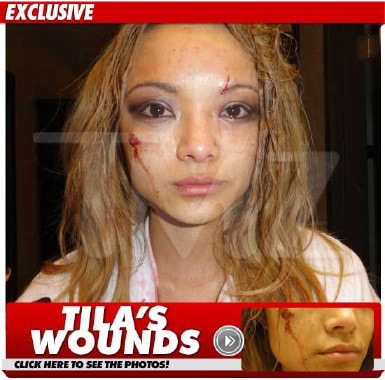 I also believe the headliner pop singer at the concert will be mobbed and murdered, I strongly suspect this is due to another related event on the same timeline: pop star Tila Tequila was attacked while performing topless at a music festival in Illinois (thus the connection to "the feasts of Baal" and "orgiastic elements" in the two Catholic prophecies above).

​It happened seven years before the Manchester Bombing on August 16, 2010 and she was almost killed. After being injured by bottles and rocks thrown at her by a mob, hundreds of people then began to give chase to the lacerated, bruised and bleeding star for the purpose of lynching her. She found refuge inside of a trailer with the help of three security guards. The mob smashed the windows and shook the trailer but fortunately failed to gain entrance. It would have been the first murder of an actress by lynching in history.

​This future pop singer in 2038 is likely unknown at this time as she would be only 6 or 11 years old now. By the time of the 2038 massacre in the rock stadium she will be 23 or 28. She will likely be French but will have a huge international following, not only in the West, but in the Arab world as well.
Also, the future concert tragedy will not be contained only to the arena, stadium or theater where it occurs, but will be the triggering event for wholesale mayhem, murder, explosions, and fires that will sweep through Paris for many days afterwards. Many of the fires will be ignited by what will appear to be violet-colored pyrotechnic gerbs ("violet sparks"). It is possible the concert will be using pyrotechnics as well, giving the initial impression that fireworks are responsible for the fire spreading through the city. But once the scale of the fire is discerned, it will be clear that it is the work of domestic terrorists ... and of the people themselves! 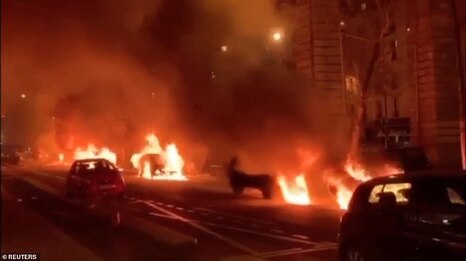 "Domestic terrorists" will initially be responsible for the carnage at the concert and fires ignited in "the walls of the city." They will be part of a government conspiracy to embed unrest after destroying the economy in France and creating mass unemployment. However, many angry youths, seeing so many of their friends slaughtered, will worsen the situation, setting Paris ablaze and committing mass murders. Thus will begin a bloody, anti-Christian revolution carried out by the nation's workers and the youth.

The concert tragedy will be the triggering event in a revolution that will last for three months, to be followed by an Islamic invasion that will worsen the revolution, spreading it throughout the country and into neighboring parts of Europe.
​Another invasion will follow in an attempt to drive out the foreign elements and to set up a pretender  on the throne of France to pacify the country. The pretender will reign briefly but will be overthrown and the revolution will continue to rage. Then, finally, will come another invasion that will establish the reign of the great Monarch.

The total time is not known. The first stage, the people's revolution triggered by the concert fire, will last three months (June, July, August 2038).

The second stage, an Islamic invasion and ensuing foreign revolution will last for one month (September 2038).

The EAST Invades the Czech Republic:
Nuclear Destruction of Prague

The Seeress of Prague ~
Again there are dark Times. In the Year in which two Fives are across Nineteen, on the Day of holy Veronika [Feb. 4] will Mankind Scream in Fear out into the World, and the End of Prague will certainly happen. The Earth will be raped and God will hold a horrible trial.

Nothing compares previously to anything like this. Out of East there comes a Dragon, who looks gross. Out of his 9 Tongues and 99 Eyes there will shoot deadly lightning and out of his open Mouth there will blow a poisonous Breath. Prague, my dear Prague, you will find a unique but gruesome End. One Breath dissociates your Walkways, sweet and warm. The people will feel amazed. Thousands of People will lie to rest with horribly twisted Faces, and will freeze in spite of the Warmth. The End is at Hand. 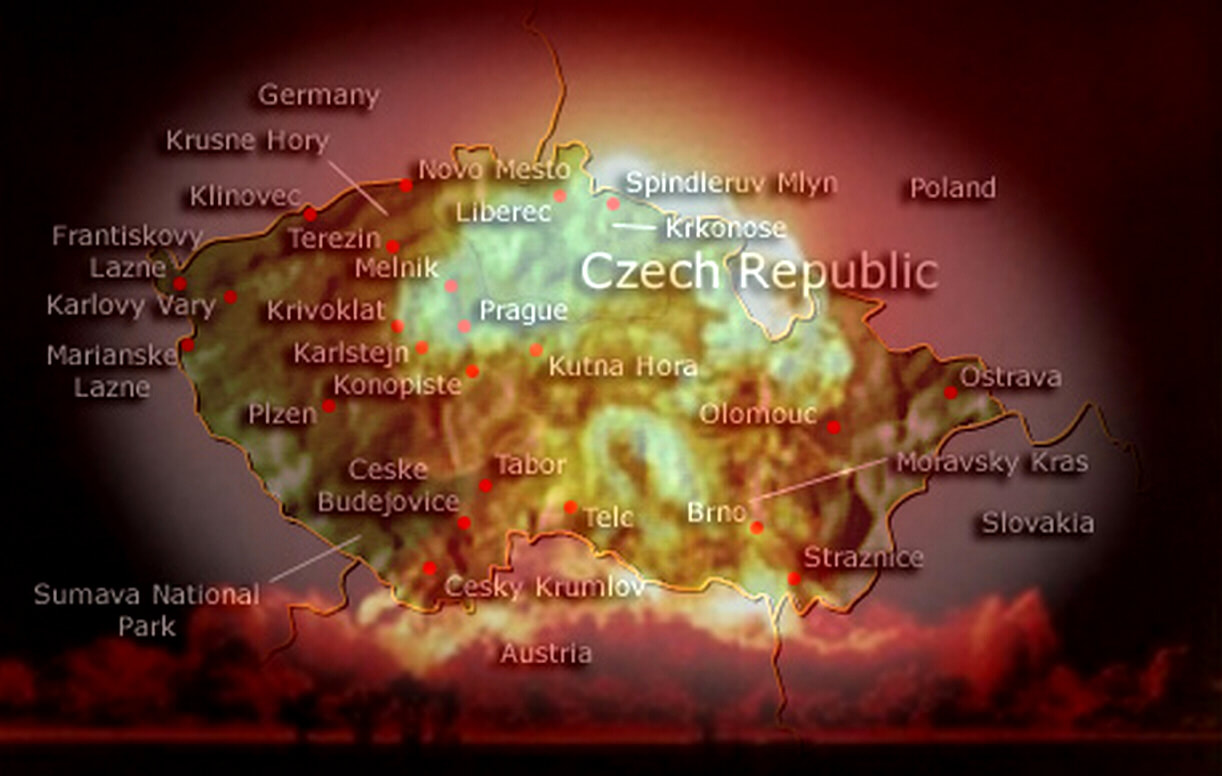 Ten dampened blows to the Church are in the air. Yellow dust clouds and poisonous Dusts will take the Breath of Man and Animal. In the City there is Fire everywhere. The Earth moves, deep Crevices open and draw into them the Dead and the Living. The Cemeteries open themselves and the Skeletons laugh a gruesome laugh. Everything sinks into the black depths.

From Vysehrad comes a Fireball, Blunders fly through the Air and everywhere there is screaming, and a Fire Ocean. Everything that was the result of Men, lies in Disarray and Ashes. Life is wiped out. I only see pieces and Skeletons. Slowly the Clouds move away. There, where the Dome once stood, I see only a bloody Fireball. It is over, Prague, your destiny has fulfilled itself.
​March 11, 2021: The base 7 dating for this event must also coincide with the Catholic prophecies for an Eastern invasion of central Europe and civil wars or revolutions in France and Italy. The year is 2038 and as it turns out the base 7 dating confirms this as August 2038. The historical precedent for this event is the Soviet invasion of Czechoslovakia on August 20-21, 1968.

WHO or WHAT IS THE EAST?

If you believe the Seeress of Prague, it is CHINA.

There are still other prophets who claim it will be TURKEY (and probably all the Turkic nations of the former Soviet Union).

MANY insist it will be RUSSIA.

MANY MORE simply blame "the East." AS one prophet says, "The enemy will come from the East. I am afraid of the East." Of course, the East is all rather general by today's standards.

Any chance it could be all four?

Here is one way is could be all four:

By this time Russia will be overrun by China and its allied Asian nations, including the Turkic nations of Central Asia and what portions of Turkey remain not occupied by the Iranians. Russia's greatest ally, the United States, will be greatly weakened after the destruction of New York City in 2036. America will be temporarily out of action until 2037. Then, in 2037, a dictator (an Antichrist) will arise in The West, possibly in Greece, and stir up the peoples of the United States, parts of Latin America, Spain, Italy, Canada, Australia, and the UK into war with China and its allies. The first attacks will be in the Pacific.

There are confusing prophecies that describe men in Russian uniforms invading along with men who are clearly eastern Asiatic.

The solution would appear to be that many Eastern Russians and some Western, following Russia's defeat by China and the five "stans," will ally with China.

Iran's advances in parts of Turkey and certain Balkans countries such as Bulgaria and Macedonia in 2037, will force "The East" to look again to this part of the Russian frontier. The Balkans will explode when a leader in the former Yugoslavia, Hungary, or the former Czechoslovakia is assassinated. Considering the fact that the Czech Republic will be among the first to be invaded and also partly decimated by nuclear weapons would suggest that Alois Irlamier's fear of an assassination of "a big one"  in Czechoslovakia will be correct.