Major Asteroid Impact Scare Will Cause Global Panic; People Will Prepare for End of World 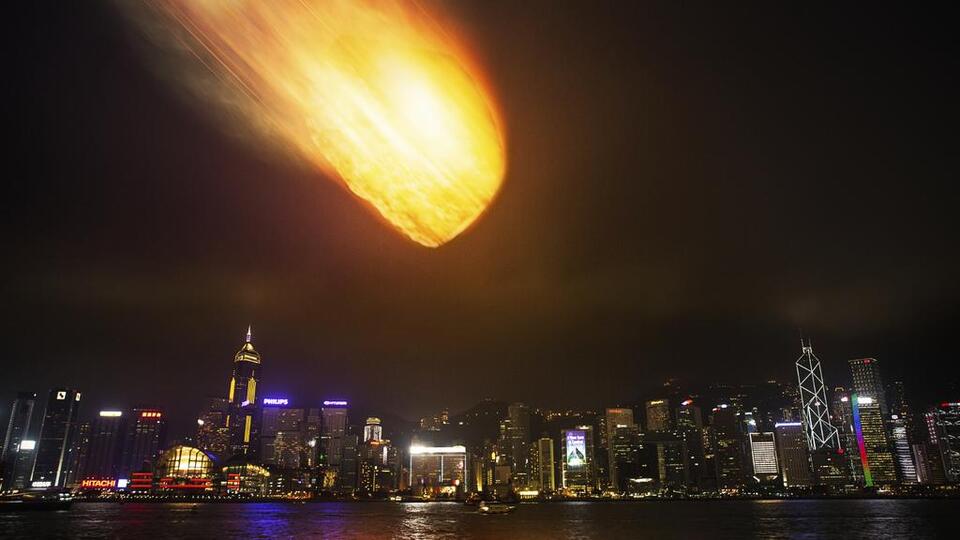 May 26, 2021: This asteroid has not yet been discovered as far as I know. When it is, despite reassurances by scientists that there is no cause for alarm, calculations of a near miss or possible impact in June 2031 will have populations worldwide in dread for weeks in advance. In other words people will be CONVINCED this object will strike Earth.

Many people will believe that when the asteroid strikes, it will cause massive tidal waves and earthquakes. Some will fear the entire state of California may drop off into the ocean. Those committed to survival will migrate to high mountainous regions ... even as far away as Tibet. Others will seek shelter underground. Elon Musk, by now having financed a huge fleet of Mars starships for small crews dedicated to one-way missions, will offer one-way escape trips to Mars: "Better to quietly die in space orbit or on Mars than perish here on Earth during an asteroid impact." Many will indeed go to Mars ... and die en route or on Martian soil. Some of these will hear the asteroid scare is over without incident, and lament their impending deaths.

Unless, of course, this is not merely a scare, but the real deal!

Comet Bernardinelli-Bernstein
June 25, 2021: I predicted what would seem to be a believable warning of a huge asteroid impact that would have people racing to their shelters or the mountains in 2031. It would turn out to be nothing more than a scare, but it would still cause global anxiety and chaos.

Now news comes of a huge comet, Comet Bernardinelli-Bernstein, from millions of miles away in the Oort Cloud, entering our solar system and passing the sun in 2031.

Comet Bernardinelli-Bernstein has never been seen before because its orbit is wildly elliptical - it takes hundreds of thousands of years to orbit the sun. At its furthest, it's 2 trillion kilometres away. It was initially dubbed 2014 UN271, as the first data in the Dark Energy Survey revealing its existence was recorded in 2014.

Physicist Tony Dunn of San Francisco State University said it was "possibly as large as a dwarf planet." Simulations of its orbit suggest it's no threat to Earth ... Its closest approach will be in 2031. But if it did hit Earth, the effects would be devastating - according to Imperial College London's Impact Calculator, it would leave a crater bigger than New Zealand and possibly cause buildings to collapse on the other side of the world.

The World Is Coming To An End In 2031? NASA Reports Huge Comet Heading Towards Earth With Lightning Speed

Bernardinelli-Bernstein, the solar system's largest comet, is on its way to Earth. According to NASA, the biggest comet in the solar system is on its way to hit Earth. The comet, known as C/2014 UN271 or Bernardinelli-Bernstein, was discovered in 2014. Scientists fear that if the comet deviates even slightly from its path, it could spell the end of the Earth and all humanity.

What happens if the Solar System’s largest comet collides with Earth?

In 2014, astronomers discovered a new comet originating from the Oort cloud: Comet Bernardinelli-Bernstein. Recent measurements with the Hubble Space Telescope have pinned down the diameter of its nucleus to be 119 kilometers: by far the largest of any comet known to humanity. The asteroid strike that caused Earth's last mass extinction 65 million years ago was only 5 kilometers across. Here's what kind of catastrophe Bernardinelli-Bernstein would cause.

Largest comet ever spotted seen barreling through our solar system

The largest comet ever spotted by the Hubble Space Telescope is barreling towards the heart of our solar system, but experts say there is no need to worry about this icy behemoth. C/2014 UN271 (Bernardinelli-Bernstein) was originally spotted by observers in Chile in 2010, but NASA says images from the Hubble Space Telescope have recently helped experts determine its size.

A comet with a nucleus 50 times bigger than normal is barrelling towards Earth at 22,000 miles per hour. Nasa's Hubble telescope has determined the comet's icy nucleus has a mass of about 500 trillion tonnes and is 85 miles (137km) wide - larger than the US state of Rhode Island. But not to worry. The closest it will get is one billion miles away from the Sun, and that won't be until 2031.

NASA's Hubble Space Telescope has determined the size of the largest icy comet nucleus ever seen by astronomers. The estimated diameter is approximately 80 miles across, making it larger than the state of Rhode Island. The nucleus is about 50 times larger than found at the heart of most known comets. Its mass is estimated to be a staggering 500 trillion tons, a hundred thousand times greater than the mass of a typical comet found much closer to the Sun.

Scientists Have Seen the Largest Comet Ever: 15 Mount Everests

Scientists have confirmed the discovery of the largest comet ever spotted and further refined its dimensions at roughly 85 miles in diameter, which is about 15 times the altitude of Mount Everest and almost twice as big as the infamous comet Hale-Bopp, the previous record holder. Known as C/2014 UN271 (Bernardinelli-Bernstein), or BB for short, the icy behemoth is currently hurtling toward the Sun and will make its closest approach on January 21, 2031.

At 137 Kilometers Wide, This Megacomet Is Officially The Largest Ever Seen

Last year a comet heading towards the inner Solar System was recognized as probably the largest ever seen, closer in size to a minor planet than an ordinary comet. Early size estimates were vague but we now have something much more precise indicating its size to be 137 kilometers (85 miles) across – similar to the distance between New York and Philadelphia.

Scientists are getting a better look at Bernardinelli-Bernstein, the largest comet ever discovered, as it slowly makes its way back into the solar system after 3.5 million years. The comet, officially designated C/2014 UN271 and discovered in 2021 by Pedro Bernardinelli and Gary Bernstein, might be as big as 100 miles (160km) across, making it much larger any other comet we've discovered. In fact, when it was first discovered, the astronomers mistook it for a small dwarf planet or similar trans-Neptunian object.

Giant Comet Bernardinelli-Bernstein is bigger than a Martian moon

Earlier this year, two astronomers discovered what could be the largest comet ever seen in the solar system while combing through data collected by the Dark Energy Survey. Now, a new study led by the same scientists describes this beefy deep space monster as the "nearly spherical cow of comets." You could put both natural Martian satellites, Phobos and Deimos, side-by-side long-wise and Comet Bernardinelli-Bernstein would still be twice the size of the pair.

If you’re wondering why corrupt, criminal governments of the world seem to be in such a hurry to mass “vaccinate” everybody with a deadly, experimental, non-approved gene therapy injection, one of the most shocking answers may be simpler than you think. According to analyst and radio hose John Moore (The Liberty Man), who has many contacts with high level U.S. Navy officers and scientists, a global extinction level event is approaching and the globalists are desperately trying to cull the human population before people figure out what’s about to happen.

A huge comet making its journey towards the solar system has begun to show a tail. A newly released image shows the fuzzy coma, confirming that it is indeed a comet and may be one of the largest ever discovered. With confirmation that the object is a comet, it’s now been officially designated C/2014 UN271 Bernardinelli-Bernstein, in reference to its discoverers Pedro Bernardinelli and Gary Bernstein. Although it was unknowingly photographed in 2014, astronomers only identified it in old data in June 2021.

Giant comet found in the outer solar system -- Estimated to be 100–200 kilometers across, the unusual wandering body will make its closest approach to the Sun in 2031

A giant comet from the outskirts of our Solar System has been discovered in 6 years of data from the Dark Energy Survey. Comet Bernardinelli-Bernstein is estimated to be about 1000 times more massive than a typical comet, making it arguably the largest comet discovered in modern times. It has an extremely elongated orbit, journeying inward from the distant Oort Cloud over millions of years. It is the most distant comet to be discovered on its incoming path, giving us years to watch it evolve as it approaches the Sun.

Amateur astronomers, mark your calendars: one of the largest comets ever documented is going to make its closest pass to the Sun in 2031. The International Astronomical Union’s Minor Planet Center announced new details about the object, including its name, 2014 UN271, on June 19, George Dvorsky reports for Gizmodo. 2014 UN271 is between 62 and 230 miles wide—unusually large for a comet—and it is currently careening through the solar system, traversing about the distance between the Earth and the Sun each year. 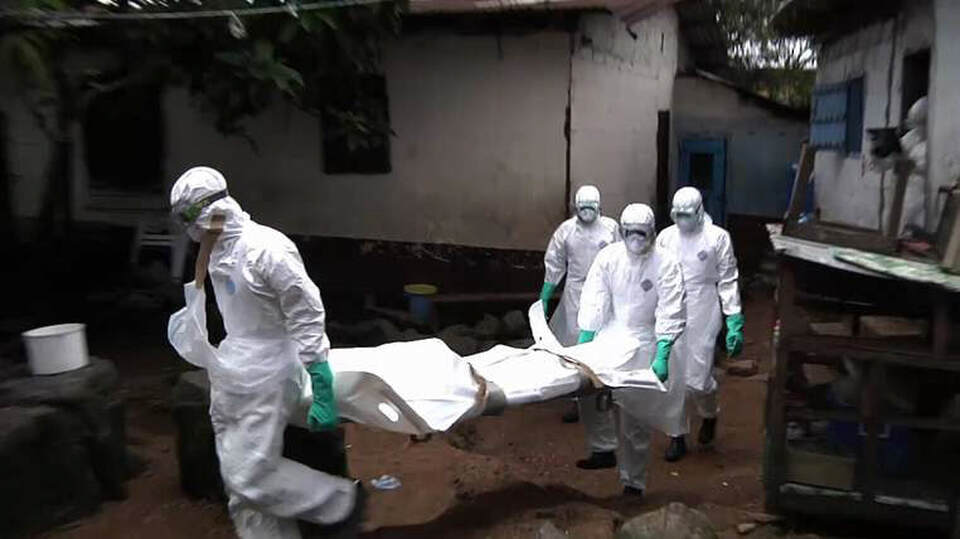 ​October 23, 2020 (UPDATED April 19, 2021): I once read an article some time ago, in the 1990s I believe, that futurists believed that either the 2020's or 2030's would be marked by a variety of pandemics and plagues. So it should be no surprise that another coronavirus as bad or worse than COVID-19 may appear in July 2031. It may also be the return of a much more virulent form of SARS. Its overall relationship to COVID-19 should be similar to that of Hong Kong Flu (1968-69) to Asian Flu (1957-58). Hopefully, America and the rest of the world will be ready for this contagion and reduce fatalities and shorten the course of the pandemic. I hope so ... something far worse will be arriving even in later in the 2030s.

Nostradamus warns that SMALLPOX will make a comeback, as will BUBONIC PLAGUE. When is the question.

If the world is NOT ready, the death toll from this pandemic may be equal to the 25 million prophesied by Anton Johansson a century ago ... to be followed by World War III.

PULLMAN, Wash. — Is the next pandemic on the horizon? Scientists are warning of a new, COVID-like virus called Khosta-2 originating from a Russian bat. It is believed to be capable of infecting humans, and would be resistant to current vaccines. Khosta-2 was found two years ago in horsehoe bats. Its discovery adds to evidence that sarbecoviruses — part of the coronavirus family — are rife across Asia and eastern Europe.

September 25, 2022: According to the article it is not expected to migrate worldwide anytime soon. They are looking in terms of at least a few years or more. What caught my eye was that Khosta-2 has all the right characteristics to genetically recombine with COVID-19. That would be the same thing that happened when Asian Flu became Hong Kong Flu in 1968. It is possible that we may already be looking at the disease that will become the next, new pandemic in 2031: Khosta-2.
Powered by