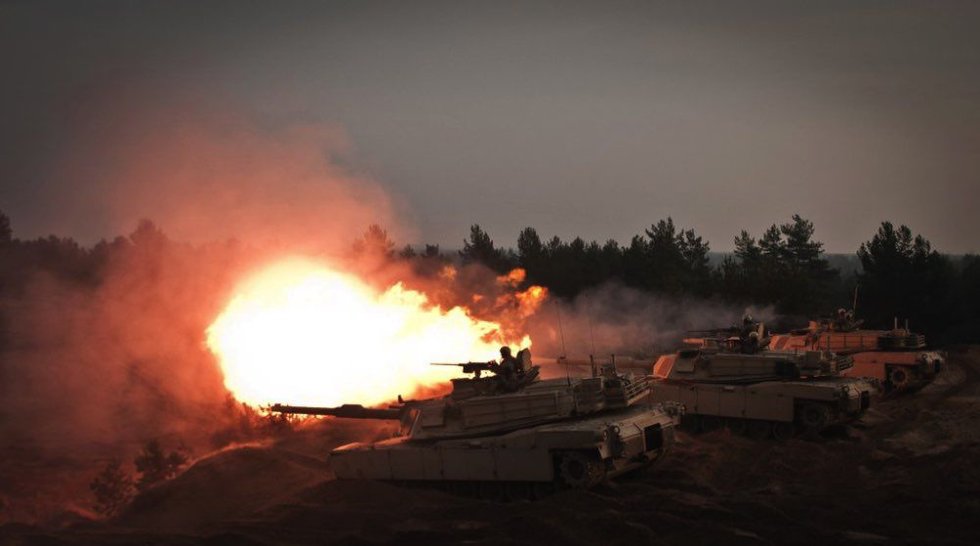 December 18, 2020: World War III may not exactly conform to the expectations of many who study prophecy. But let us bear in mind that long before the United States was attacked by Japan at Pearl Harbor on December 7, 1941, indeed long before Hitler invaded Poland on September 1, 1939, the Second World War was already in progress. The Japanese invasion of Manchuria in 1931 is often mentioned as the true start of World War 2, that and Mussolini's wars in Libya in the 1920s and Ethiopia in the 1930s, and the Spanish Revolution of 1936.

It is why they are called "world wars": because there are conflicts all over the place, some huge and frightening and some small and seemingly unworthy of notice, some that may not even seem connected to each other, but in time it becomes clear all are connected.

I don't know when China and Russia go to war in March 2025 if it will be called "World War III" yet, but it will become a part of it. Unless, of course, as was the case in 1969, it remains a border conflict and ends after only several months.

This conflict, if it happens, will not be limited to only China at war with Russia. Other Eastern nations may find themselves allied with China ... countries such as Kyrgyzstan, Mongolia, Turkmenistan, and even parts of the Russian Far East. In the event of the latter it will also be a civil war.

Will it turn nuclear? Most likely it will at some point if the war drags on long enough. And this is a war that may stretch out until the year 2037.

​Russia will ultimately lose the war, along with four Northern allies. At that point the United States, Canada, and Western European nations, already plagued and in part devastated by other conflicts in the Middle East, Africa, Turkey, Afghanistan, the Indian peninsula, Central and Eastern Europe, even with western Russia, will unify under and go to war against China and its Far East allies.

I write the previous paragraph in generalities. The course of the Western conflicts will be convoluted in nature, and the dates less definite to determine at this time.

China’s ambitions to take a more significant role in the Arctic will likely lead to growing tensions, according to risk consultancy firm Control Risks. China has developed a “prominent presence” in the region since joining the Arctic Council as an observer in 2013, Oksana Antonenko, director at Control Risks, told CNBC’s “Squawk Box Asia.”

Russia's Rubin Design Bureau was the target of a cyber attack involving an image file with malicious software embedded inside it via a specific tool that has become a hallmark of multiple entities linked to the Chinese government. The file could have been used to create a backdoor into the networks at Rubin, a prolific designer of submarines and other underwater platforms.

There are potential pressure points in the partnership. One of these is central Asia, where Russia seeks to maintain primacy – and in the longer term, possibly even military influence – in the face of growing Chinese economic influence in the region via infrastructure development through its Belt and Road Initiative (BRI).

VLADIMIR PUTIN is facing huge upheaval in Russia as thousands protest the arrest of Alexei Navalny and a long-standing border row with China simmers, ready to explode at any minute. 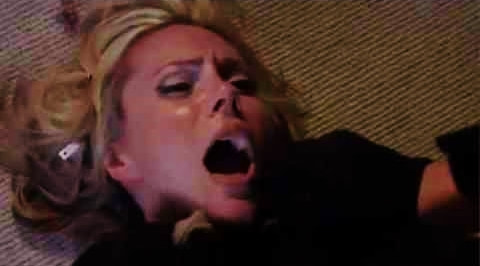 Where? Probably where the Midwest, East, and Southeast MEET in the United States. That would be Ohio, West Virginia, or Kentucky. Last location was Pennsylvania and previously ... Massachusetts.

​Base 7 precedent: The Boston Strangler series began on June 14, 1962 and ended on January 4, 1964. Victims: 13 single women between the ages of 19 and 85 were murdered in the Boston area. Most were raped and then strangled with their panties, pantyhose, or other lingerie item. A few were stabbed. A possible 14th and 15th victim, ages 60 and 14, could not be definitely ruled in or out as part of the series. On October 27, 1964 a 14th (or 16th) murder was attempted by the strangler who raped his victim but then aborted the murder, saying he was "sorry", and leaving the apartment. A suspect, Albert DeSalvo, was later sent to Bridgewater State Hospital for psychiatric observation. Lacking physical evidence and not matching witness descriptions, he was later sent to prison for multiple rape charges. He was murdered in prison in November 1973.

1962 will have a very strong influence on events in 2025, more so than in 2018, 2011, or 2004. Since the late 2010's it has been increasingly noted by me that 63 (7 x 9) year anniversaries of events have been packing a powerful influence. Likewise has been the case about 28 (4 x 7) year anniversaries. Thus, 1997 will also pack a punch in 2025, but I strongly suspect 1962 will win out. It is interesting to note that the Andrew Cunanon serial killings nationwide of homosexual men occurred in 1997, leading to the murder of fashion designer Gianni Versace.

Thus, it is possible one of the strangler's victims may be a female celebrity ... a model, singer or an actress. This is only if 1997 lends that influence to a case that will otherwise resemble 1962-64. 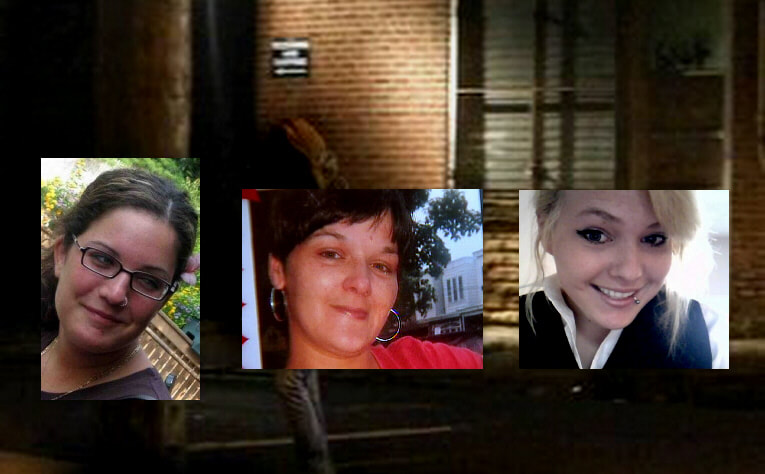 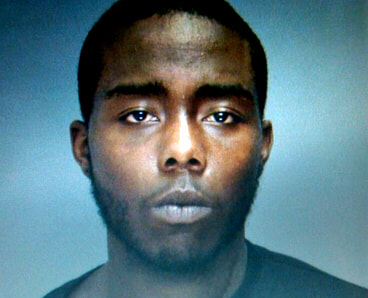 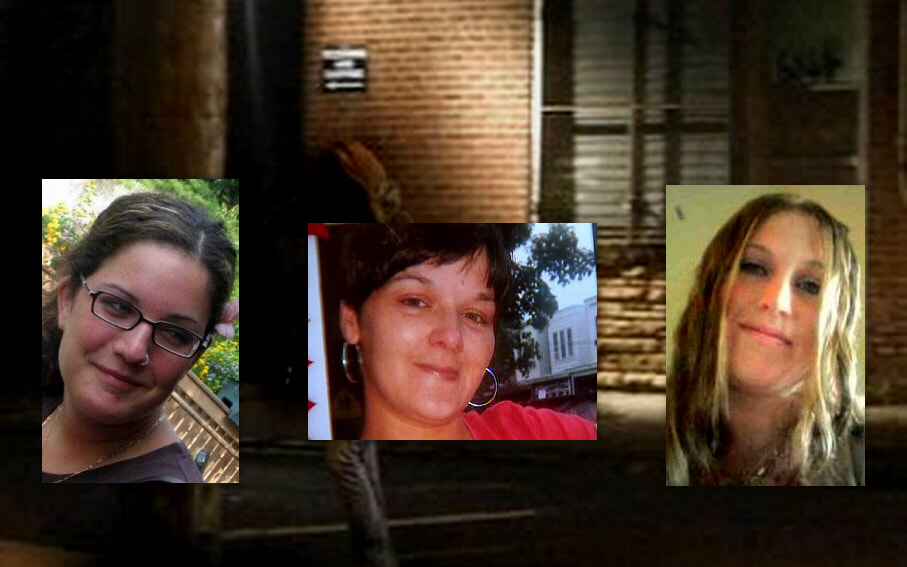 Result: Antonio Rodriguez, THE KENSINGTON STRANGLER (aka The Philadelphia Strangler) was linked to three murders by DNA, but confessed to a total of four murders. The stranglings were committed in November and December 2010 and Rodriguez was arrested January 18, 2011, after which he confessed.

The victims were Elaine Goldberg, 21, Nicole Piacentini, 35, and Casey Mahoney, 27. Speculation continues that a fourth murder might have been that of Allison Edwards, 23, a strangling victim found in the Juniata Park section of Philadelphia. It is likely that he attacked at least three other women who survived.

As can be seen, the murders ended prematurely and began in November 2010 ... seven months sooner than the projected vector of June 2011.

THE LONG ISLAND SERIAL KILLER (aka THE GILGO BEACH KILLER) began to receive a lot of media attention with the discovery of four bodies in January 2011. For a time it seemed the cases of new victims that were discovered had happened recently, although one case went back to a woman missing since 2007 and another in 2009. Police were mum about cause of death for quite some time then eventually admitted most were strangled. 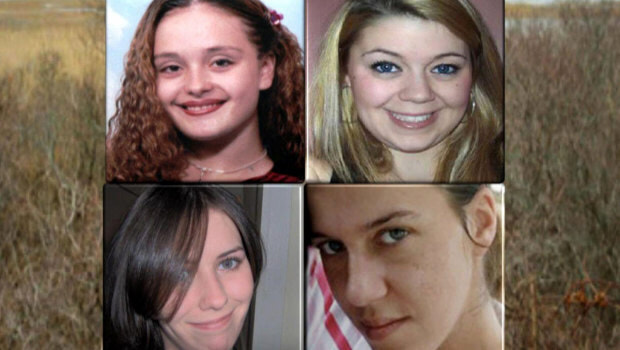 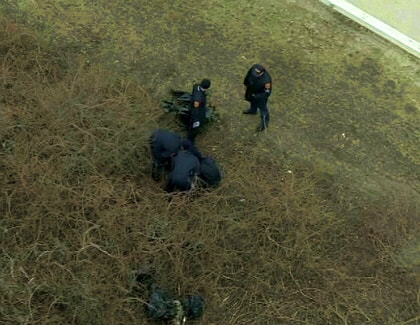 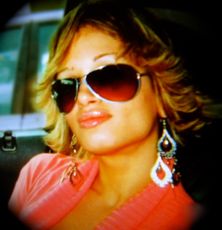 I followed the case until March 2013 by which time at least 11 bodies had been found. Apparently some of the victims went back as far as 1997 and 2003, and because murders had been being committed at the location for so long before in the past I no longer felt the Gilgo Beach murders were in any way connected to my prediction or the Boston Strangler case.

The Kensington Strangler case apparently was linked to the prediction and the Boston Strangler murders, but ended prematurely. 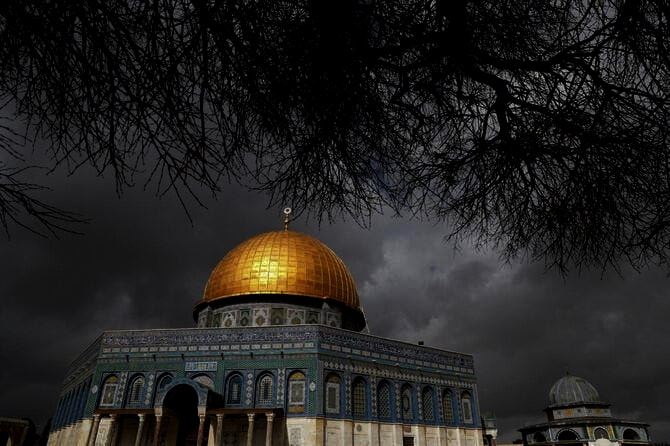 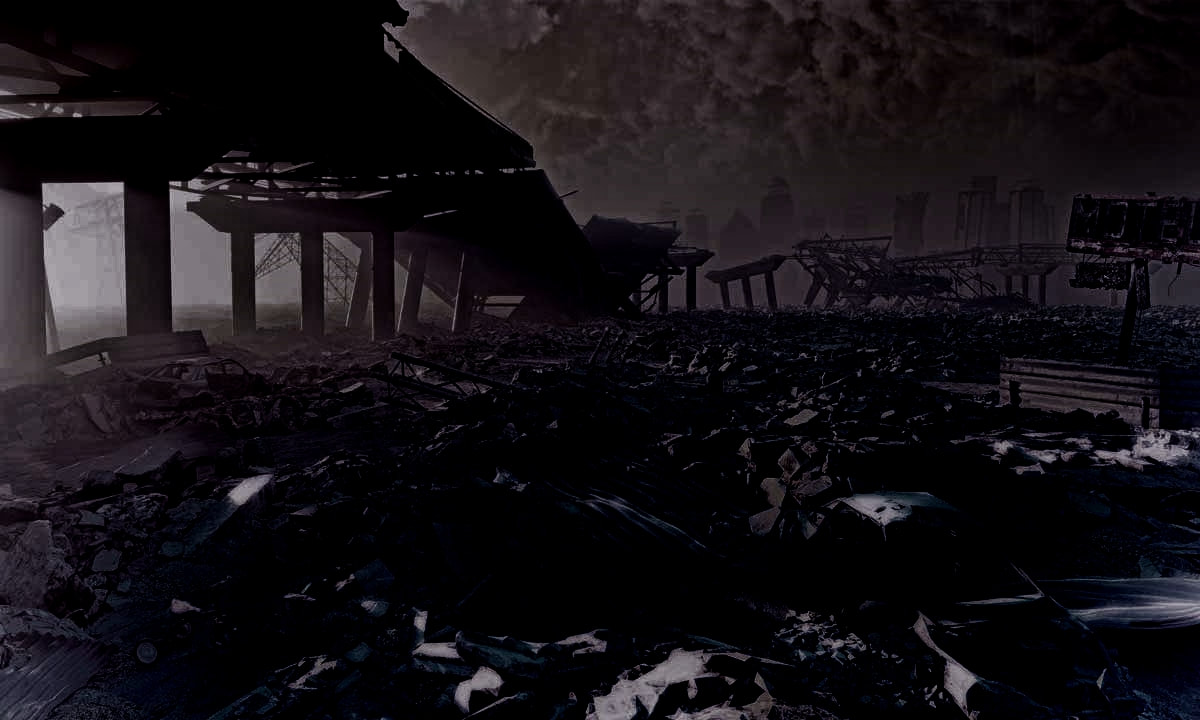 January 17, 2021: Israel and the city of Jerusalem are not new to earthquakes. In modern times there were two major ones in the 20th Century and a series of minor quakes in 2018. The epicenter of the July 2025 earthquake may not be in Jerusalem itself, but the city will likely "feel it," and experience some damage from the tremors. Also, this will probably not be the earthquake prophesied in the Book of Revelation that breaks the city up into ten parts. Still, it could be pretty bad, possibly much worse than the Jericho Earthquake of 1927.

The Great Midwest Flood of 2025 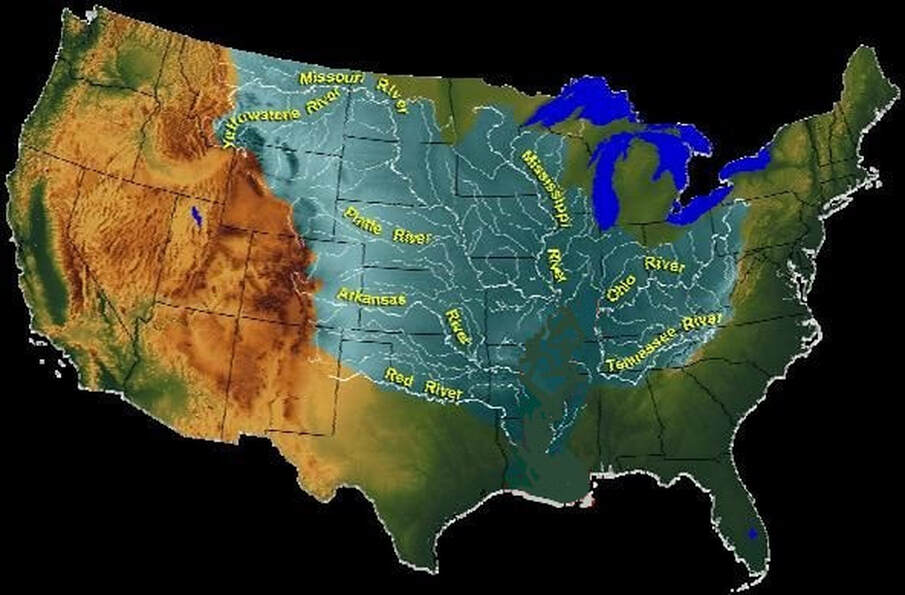 Temporary Map of the United States between 2025 and 2027.
June 20, 2020: Much like The 2011 Mississippi and Missouri River floods I accurately predicted, as well as The 2010 Tennessee and Arkansas floods and The September 2010 Minnesota-Wisconsin flood that preceded it (which I also accurately predicted), a similar situation will occur in 2024-25 that more closely matches my forecast for 2010-11. I believed the floods of 2010 would become "Part One" of a two-part flooding scenario, with some flooding still in place during the winter to help contribute to the much larger flood of 2011 ("Part Two"). The September 2010 Minnesota-Wisconsin flood came close to achieving this as it continued well into October 2010. Disaster declarations continued for counties in Minnesota and Wisconsin until late October.

​
The flooding in Minnesota and Wisconsin failed to create the situation I predicted of sitting floodwater from a least one major river during the winter and contributing to the greater flood of 2011, but it was close ... and the predicted flood of 2011, which began in mid-March, ended up being nearly as major a catastrophe as The Great Mississippi Flood of 1927, The Great Flood of 1993, and the later and more recent 2019 Midwestern U.S. floods. The 2019 Flooding I would have expected in 2018, but problems I was having that year kept me from posting a prediction that would have been a year late in coming true. By the time I wanted to post it as a late prediction for 2018, the 2019 floods were already begun.

​Attention to the 2010 (Part Four) page will reveal I was more concerned with covering the 2010 September floods than the 2010 Tennessee and Arkansas floods (although there are images of those) as I believed the September flooding would not dissipate but continue to swamp the region in the winter. This sort of thing could have happened during The 2019 Midwestern U.S. floods when the Missouri River continued flooding until late October 2019, not dropping to below flood stage until December 16, 2019. In any event, I now believe The 2010 September floods and The Missouri River flood of 2019 were a prefiguring of the actual flood that won't quit in 2024 and lead to the catastrophic one the following year (2025).

Now I will repeat the prediction as it will be, instead, for 2024-25: "The prediction is fairly simple: flooding from various causes will flood the entire Midwest beginning in July 2024, and continue to do so throughout the year and through to the summer of 2025. CHRONIC FLOODWATERS will not recede, leading to a great watery divide when the Mississippi, Missouri, and other rivers overflow their banks and water spreads out for hundreds of miles in either direction, effectively splitting the mainland US into two from the Great Lakes to the Gulf of Mexico. Large ships and various seafaring and lake-faring vessels will actually be able to navigate the waters of the great Midwest Divide for a number of years." 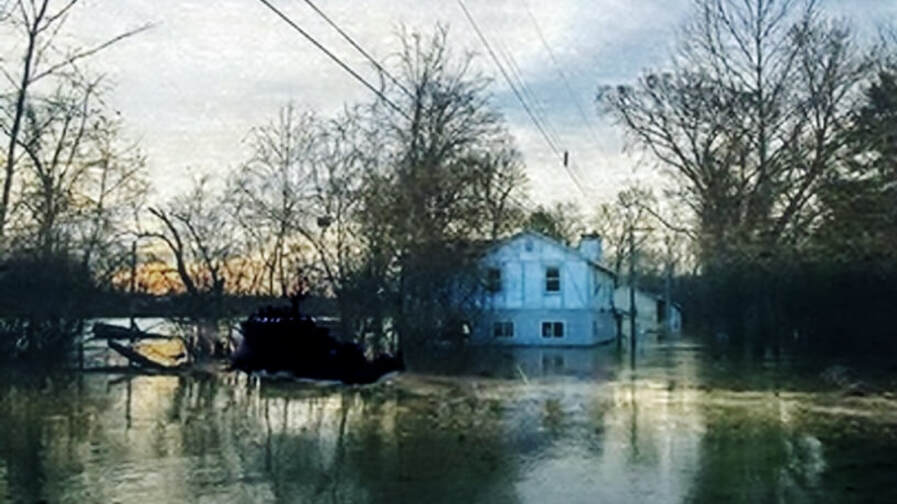 As the map at top indicates, the flooding will inundate about fifteen US states partially or entirely. I would add that the map is only temporary, flood waters will eventually recede, but how long it will take exactly I don't know.

Look to the Tennessee River as being the location of the chronic flooding in late 2024, Christmas and New Year, and through winter 2025 before the Mississippi and Missouri flooding spreads throughout the Midwest in spring, summer, autumn and most likely into 2026 and even 2027. 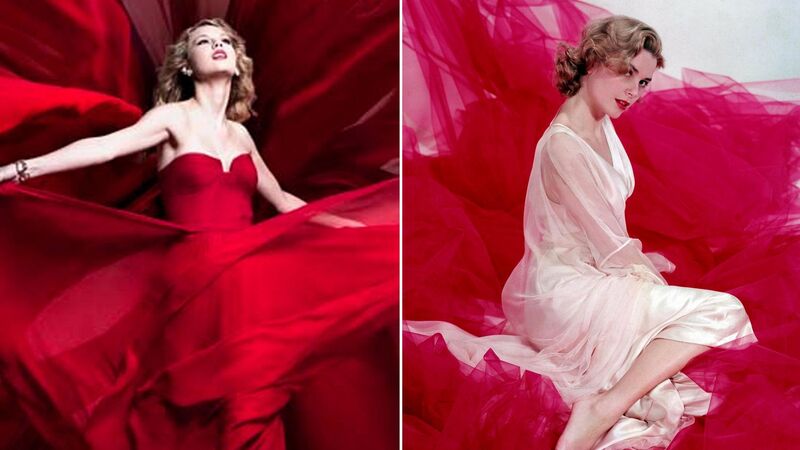 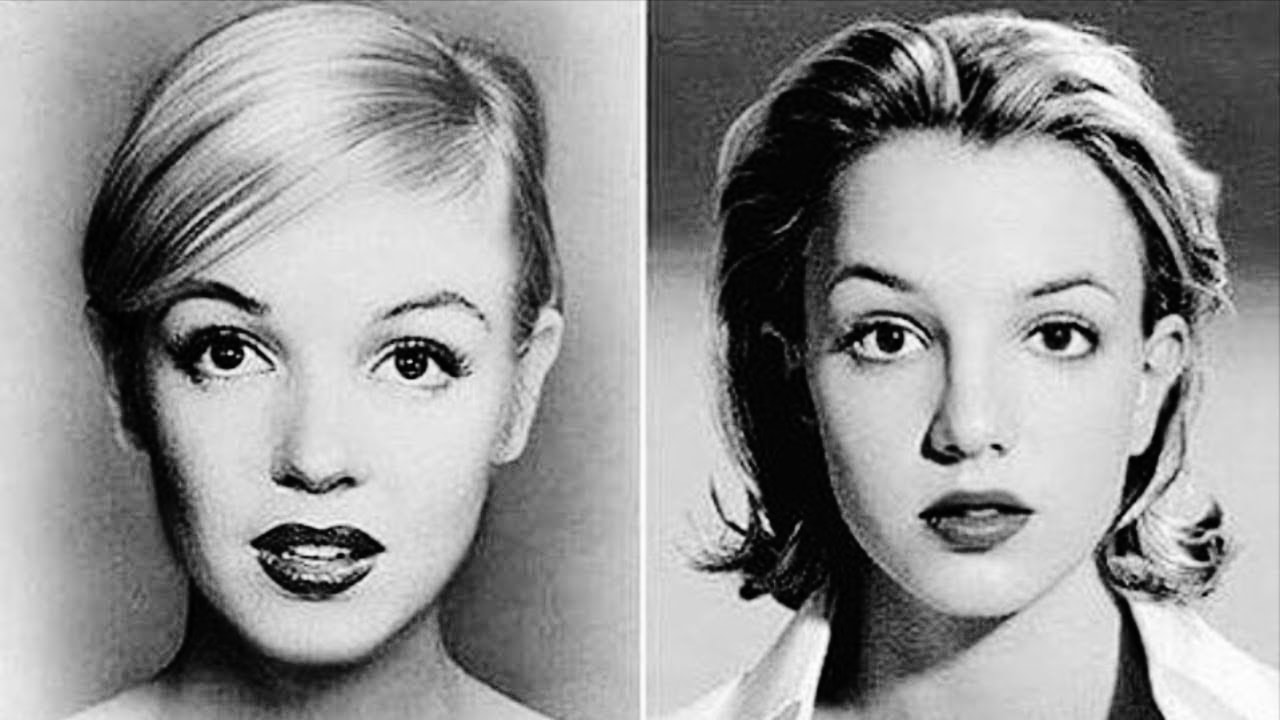 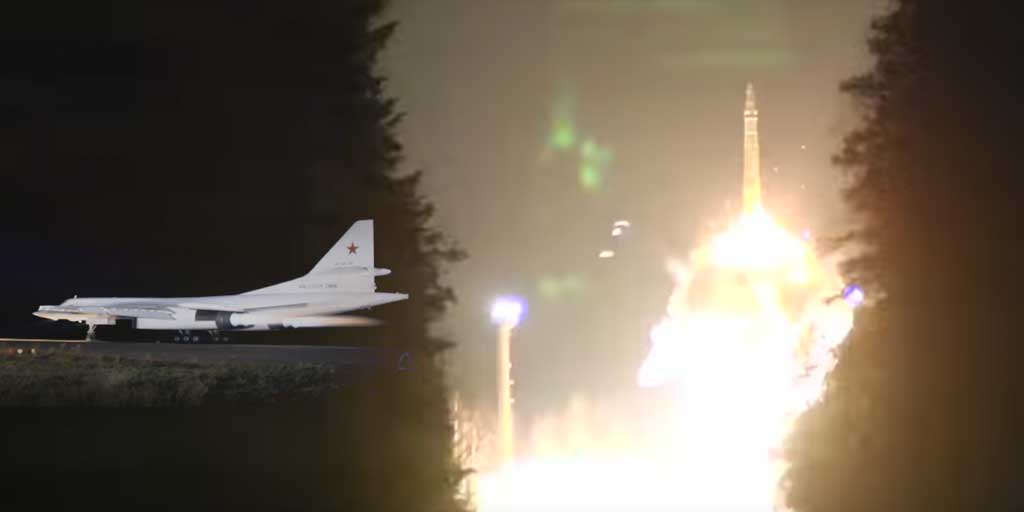 February 27, 2021: In October 2025 the United States Department of Defense, after a number of agonizing months of diplomacy, finally demands that Turkey remove advanced Russian nuclear missiles from its territory, fearing a building threat to NATO members and NATO-protected nations. Also a number of recently acquired missiles can be positioned in minutes to attack the mainland United States. Turkey which has formed an unofficial alliance with Russia faces expulsion from the NATO alliance. 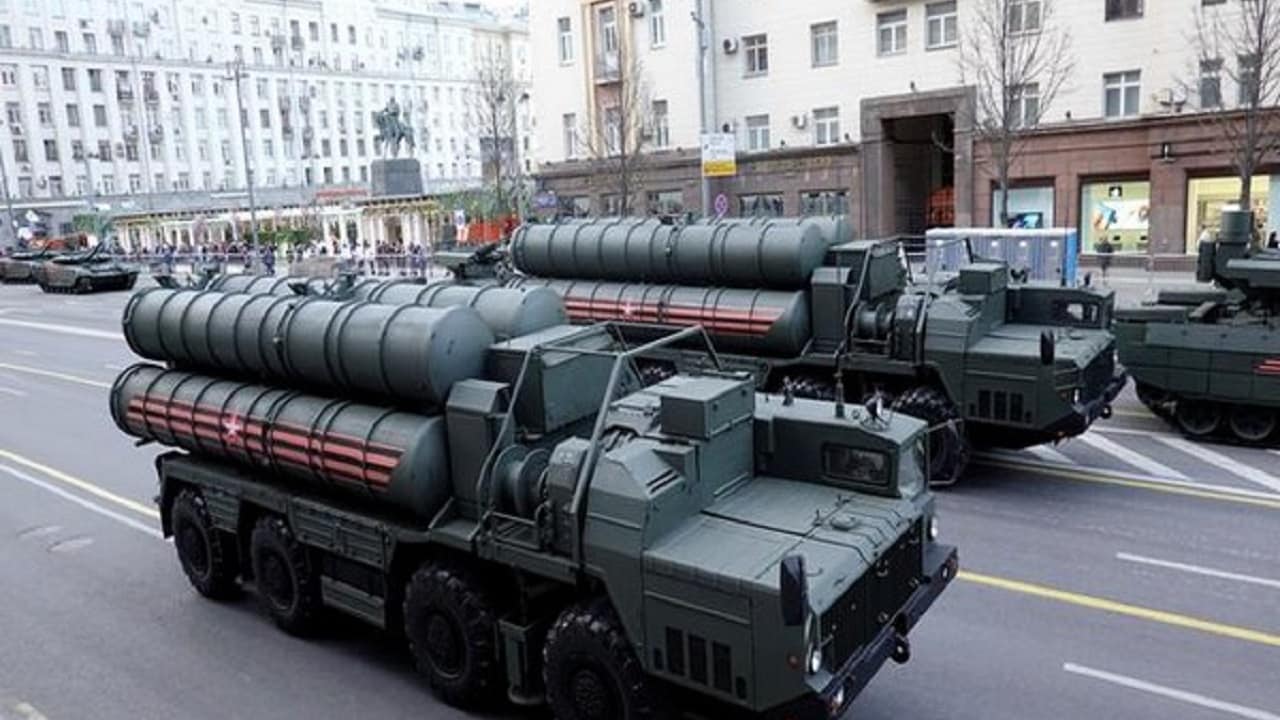 US and some NATO members send navies into the Black Sea and fighter jets over Turkish airspace in an effort to block missile shipments from Russia. Russia threatens it will shoot down NATO aircraft and sink the Western allies' ships. Moscow also threatens to invade Finland and Sweden if NATO and the US do not remove their forces from the region.
​The crisis is either resolved or else escalates into an unexpected Third World War and nuclear war between Russia and nuclear NATO nations and Russia and the United States.

If the latter occurs, the reader/viewer can dismiss most if not all of the predictions for 2026 and beyond.
Powered by