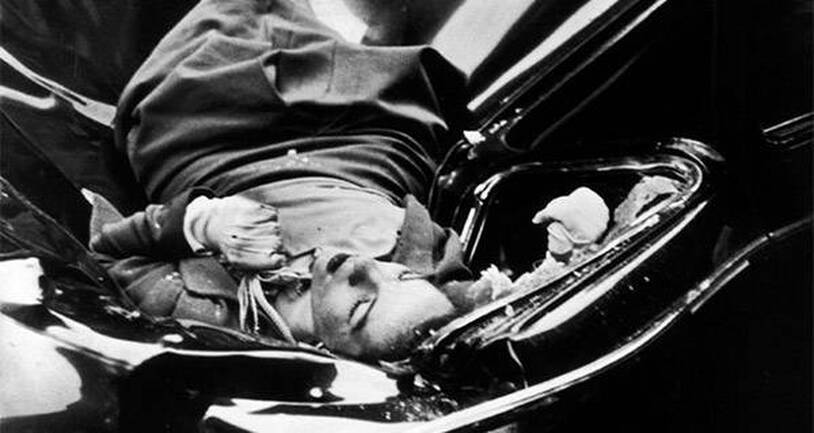 May 8, 2020: I am going to take a different approach regarding the dangers posed to today's actors, pop stars and celebrities. We will roll out piece by piece whatever is relevant. You should be able to connect the dots before I state anything more definite. So now YOU, the viewer, can have the chance to be in my shoes for a change and play detective. These articles, as they appear in current news, will all be related in multiples of 7 years to the YEAR 2023. The last relevant months were March, May, June, and December 2009 as there were four tragic Hollywood deaths of famous actresses in that year. I may make comments along the way. There's a lot of time left to whomever any of this may apply, time enough to stop it from happening!

The death of actress Brittany Murphy has been flagged as suspicious in a new documentary.The Clueless star died at the age of 32 in 2009 and the Los Angeles County coroner ruled her death an “accident caused by a combination of pneumonia, an iron deficiency and multiple drug intoxication,&rdqu...

The death of Brittany Murphy that took place on December 20, 2009 came as a devastating and shocking experience to thousands of fans all over the world. There were a lot of raised eyebrows as people could not wrap their heads around the fact that a 32-year-old woman suddenly died of pneumonia.

The official version of Natalie Wood's mysterious death in 1981 is that she got drunk on wine and Champagne, fell off her yacht into the Pacific Ocean and drowned during a Thanksgiving weekend getaway with her husband Robert Wagner and co-star Christopher Walken.

By Michelle Stein Updated Thanks to an HBO documentary titled, Natalie Wood: What Remains Behind, there has been a renewed interest in the case of actress Natalie Wood's mysterious death. Natalie, who starred in classic films like West Side Story and Penelope, drowned during a weekend boat trip back in 1981.

Natasha Gregson Wagner was 11 when her mother, the Oscar-nominated actor Natalie Wood, drowned off Catalina Island. In the 39 years since, Gregson Wagner-an actress herself who has appeared in projects including High Fidelity and Two Girls and a Guy-has not only grappled with that trauma, but with the cyclical interest in Wood's death-and the suspicion around her stepfather Robert Wagner, now 90, who was on board the 55-foot yacht Splendour the night Wood drowned.

The Tragic True Story of Peg Entwistle, the Actress Who Jumped to Her Death From the Hollywood Sign

Rising 45 feet over the hills of Los Angeles, the nine white letters spelling "HOLLYWOOD" form one of the world's most recognizable cultural landmarks. For the 10 million visitors who crowd into Griffith Park each year to catch a glimpse, the sign is a must-see tourist attraction.

Turkey and Greece Go To War

Alois Irlmaier
​
"Everything cries for peace, Schalom! Then it will occur - a new Middle East war suddenly flames up, big naval forces are facing hostility in the Mediterranean - the situation is strained ..." 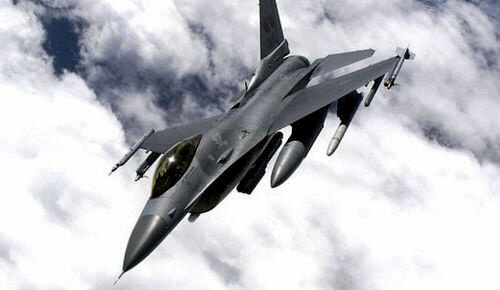 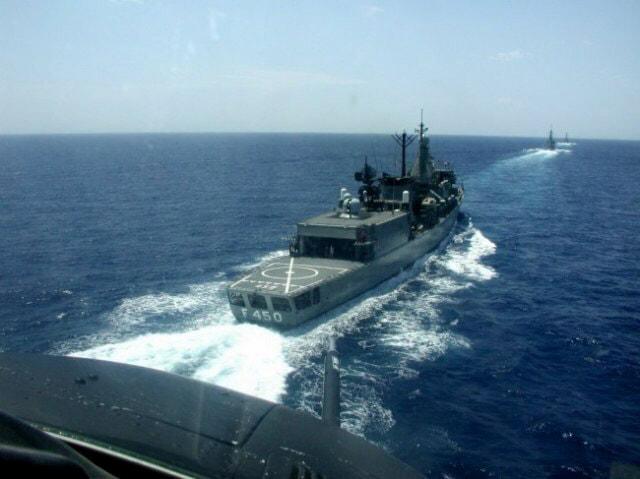 ​"The tidal waves in the Mediterranean Sea region, through use of nuclear weapons, will reach a very great height over the Adriatic (Balkans and Italy) originating from the North (Russia). The explosions are clearly noticeable here."
POSTED January 2, 2020: Turkey and Greece have been fighting a low-level conflict, a "cold war" if you will, in the Aegean Sea for decades. The last major flashpoint in the region was the Imia/Kardak crisis of late January 1996. In that case, as with all others, a hot war was averted. Still, the seeds of combat planted there so many years ago threaten to sprout at any time.

The last major confrontation between the two countries occurred in July and August 1974 on the island of Cyprus. It was the culmination of civil unrest on the island that began during the Bloody Christmas of December 1963 which almost led to a major war in 1964, but was prevented by American diplomatic pressure ordered by US President Lyndon Johnson.

The 1974 War was the first major conflict fought by the two nations since the Greco-Turkish War of 1919-1922, a consequence of the First World War.

Using the base 7 system, a war like the one fought in 1974, should have occurred in 1975. Thus, being an early fulfillment of historical repetition, it also represents the last important reset of any pattern begun by the 1919 conflict, thus resetting the target year from 1975 to 1974. July 1974 next comes up in July 2023.

It will likely be the worst fighting since the 1919-22 campaign. By that time Turkey will have Russia and Iran as military allies, making any conflict with Greece one of several that could ignite World War III in Europe. It could also trigger the Biblical prophecy in the book of Daniel concerning a future leader of "Grecia" countering offensives by Iran (Persia) into the Balkans and Italy. Effectively it would be part of a larger war between the EU and a fragmented NATO against a revanchist Russian empire allied with Syria, Turkey, a Shi'a controlled Iraq, and Iran with the battlefields being in Europe and the Middle East. At some point Iran and Turkey have a falling out and Iran and Russia take over that country.

From an Islamic prophecy perspective, this may be part of what is often called  "the War in the Byzantine Empire."

I think by 2025, if not before, this historical correction period of 2 years, 2 months ... or a little more as we are finding out in Hong Kong ... will be over.

Turkish resource surveys to the south and east of the Greek island of Kastellorizo ​​will commence today and will occur until August 2, Attaleia (Ἀττάλεια, Turkish: Antalya) hydrographic service in Turkey announced. It has been declared by Ankara that the research ship 'Oruc Reis' will sail in the area and for this reason the Greek armed forces have been put on high alert throughout the territory.

ATHENS (Reuters) - Greece's foreign minister on Tuesday said 'illegal' behaviour of Turkey in the Eastern Mediterranean was threatening the cohesion of NATO and Ankara's relations with the European Union. Greece has long-running tensions with Turkey over a host of issues ranging from air and sea boundaries to ethnically-split Cyprus.

Efforts by the Greek Cypriots, and Greece, to shape the region in line with their interests will be in vain, Turkish Vice President Fuat Oktay said on Monday. Oktay who was in the north to take part in celebrations to mark the 1974 Turkish invasion that Ankara refers to as...

BEIRUT, LEBANON (9:00 P.M.) - The Turkish Air Force and Navy conducted maneuvers in the Mediterranean Sea this week, as they began their drills called "The Open Sea".

Turkey's actions will lead to war with Egypt and Greece: expert

BEIRUT, LEBANON (10:40 P.M.) - 'Abdel-Latif Darwish, a professor of economics and crisis management in Egypt, said that Egypt's agreement with Greece on the demarcation of maritime borders represents a strong blow to the agreement between Turkish President Recep Erdogan and the Libyan Government of National Accord.

A Greek navy helicopter attempted to stop and check a cargo ship accompanied by Turkish frigates in the Eastern Mediterenean early Wednesday, but retreated after a warning from Turkey's military. A Turkish official, speaking on condition of anonymity, said the incident wasn't a close one and didn't put any lives in danger.

The head of the Hellenic National Defence General Staff, sent a message of strength to those who seek provocations against Greece and warns that Greek soldiers will cut off the way to anyone who tries to violate our sovereign rights.

Greece: 'We are ready for military confrontation with Turkey'

Greek Defence Minister Nikos Panagiotopoulos has confirmed that his country is ready for all eventualities, including military confrontation with Turkey if it continued to provoke Athens, news agencies reported on Friday. In a television interview, Panagiotopoulos revealed that his ministry had noted increasing Turkish provocations.

Sign up for FREE now and never miss the top Royal stories again! We will use your email address only for sending you newsletters. Please see our Privacy Notice for details of your data protection rights. According to Greek sources, around 35 soldiers marched onto a floodplain site on the east bank of the River Evros at Melissokomeio.

Greek General to NATO: "There will be an accident if Turkey continues its actions" - Greek City Times

Greek General Konstantinos Floros held two teleconferences with NATO officials in which he made it clear that Turkey's provocations in the Aegean and at Evros on the Greek-Turkish land border, will lead with mathematical precision to an accident with unforeseen consequences.

The creation of a European fleet with warships that will patrol off the coast of Libya and inspect boats that are suspected of carrying weapons is a blow to Turkey and its plan to keep supporting the Muslim Brotherhood known as the Government of National Accords in the North African country.

Paul Antonopoulos Tensions erupted between the Greek and Turkish Foreign Ministers during a meeting on Thursday, according to diplomatic sources who spoke to CNN Greece. Turkish Foreign Minister Mevlüt Çavuşoğlu reiterated some of the fake news that his country's media and leaders have been spreading about Greece during the migration crisis that Turkey unleashed in March.

Some 13 Turkish warplanes violated Greek airspace 30 times in total on Tuesday (25 February), the Greek foreign ministry has said. Two Turkish F-16 jets also did it twice on Monday, in what is becoming an ever more frequent event. There were 4,627 such incidents last year - an all-time high - the Greek ministry told EUobserver on Wednesday.

ANKARA - Without mentioning Turkey keeps invading Greek airspace and plans to drill for energy off Greek islands, Turkish Defense Minister Hulusi Akar said Greece is responsible for provocations amid fears it could lead to a conflict.

Since the beginning of the year, Greek Prime Minister Kyriakos Mitsotakis has revamped a defence agreement with the United States, sent a warship to join a French naval battle group and agreed to deliver a batch of U.S.-made Patriot missiles to Saudi Arabia to guard energy facilities, the AFP said.

France to send warships to support Greece in Turkish standoff

Greece's prime minister, Kyriakos Mitsotakis, has welcomed a decision by France to dispatch war frigates to the eastern Mediterranean as a standoff with Turkey over regional energy reserves intensifies. With tensions between Athens and Ankara causing growing international alarm, Mitsotakis described the vessels as "guarantors of peace".

ANKARA-Anadolu Agency Greece, arming 16 out of 23 islands with non-military status, in violation of agreements in the Aegean sea, should act in accordance with international law, Turkey's defense minister has said. Speaking in his visit to Turkey's missile producer Roketsan on Jan.

(Bloomberg) -- Turkish Defense Minister Hulusi Akar asked Greece to demilitarize 16 Aegean islands near Turkey he claims were illegally armed, in a move that may exacerbate strains in the countries' relations."We expect Greece to act in line with international law and the agreements it has signed," state-run

Turkey's provocations towards Greece have no end with Turkey adding a new claim and a point of dispute each and every day. This time the demilitarization of Greek islands was put on the agenda. Defense Minister Hulusi Akar demanded that 16 Greek islands in the Aegean Sea should be demilitarized.