Greatest Flooding in US History Dwarfs all Previous Ones, Many States will be Inundated for Decades, and Some Permanently 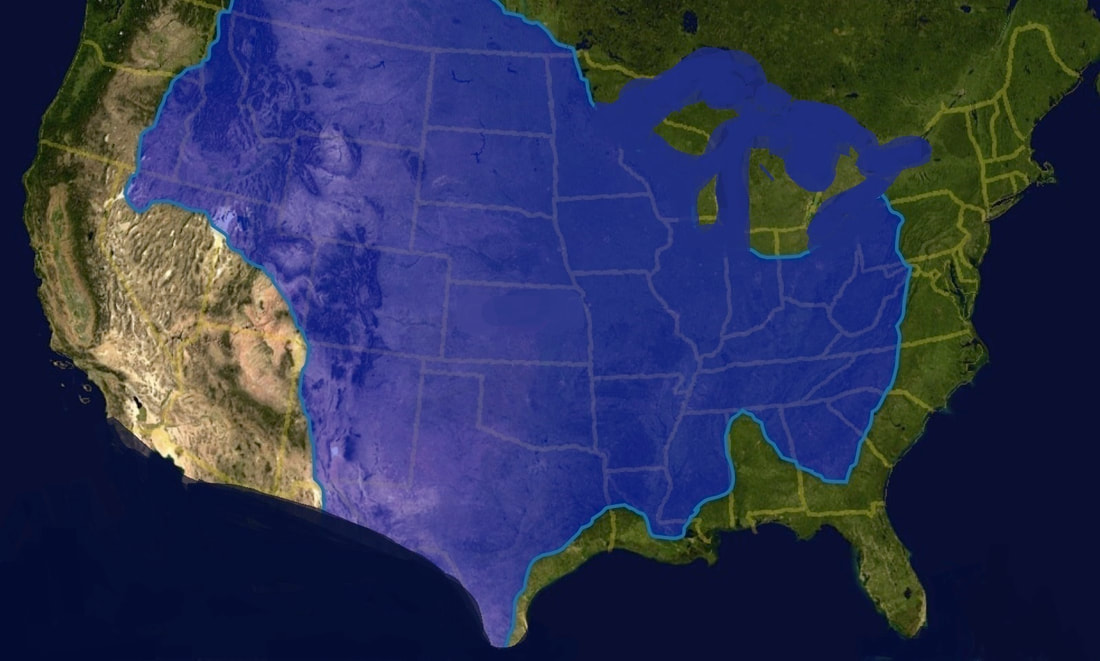 April 7, 2021: Much of the Midwest will already have undergone some permanent stresses and changes due to the 2028-29 New Madrid earthquakes. But an especially cold, polar vector winter in late 2032 and early 2033 will freeze most of the floodwaters from summer and autumn 2032, including water backed up into the Great Lakes, some which will actually freeze over. When the spring thaw arrives in March 2033, the excess water from the previous year's flood will fill the major rivers in practically no time at all.

This map looks something like a dream I had back in 2007 about what the ultimate appearance of the USA would look like after the flood: not too much left! Essentially two land masses, one west and one east, separated by a huge sea of water. In my dream I was stationed in Florida in some technical capacity (that would be doubtful now) and there was more water inundating the state at the southern border due to heavy rains and some dropping off of the coast. This map may not reflect some additional slip dropping of coastlines on either side.
Iran Launches Nuclear Attack at the Black Sea, Invades and Occupies Trabzon
Nostradamus, Quatrain 5.27

With fire and armaments, not far from the Black Sea, he will come from Iran to occupy Trabzon [NE Turkey]:
Pharos [Egypt] and Mytilene [Greece] tremble, the Sun is joyful, Arabian blood covers the Adriatic Sea. 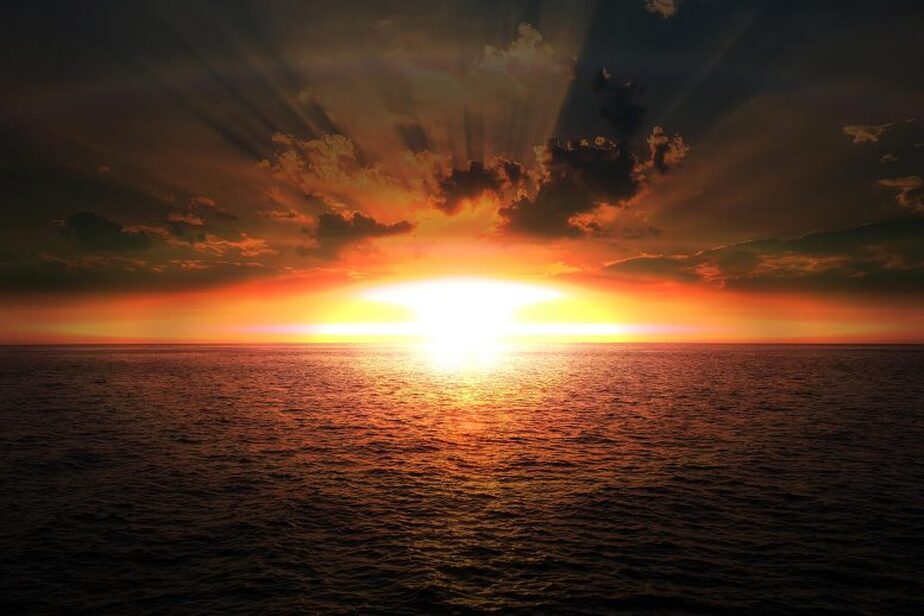 Nostradamus, Quatrain 2.3
​
Because of heat like the sun above the waves, at the Black Sea the fish half-cooked:
The inhabitants will come to eat them, when at Rhodes and Genoa they will lack biscuits. 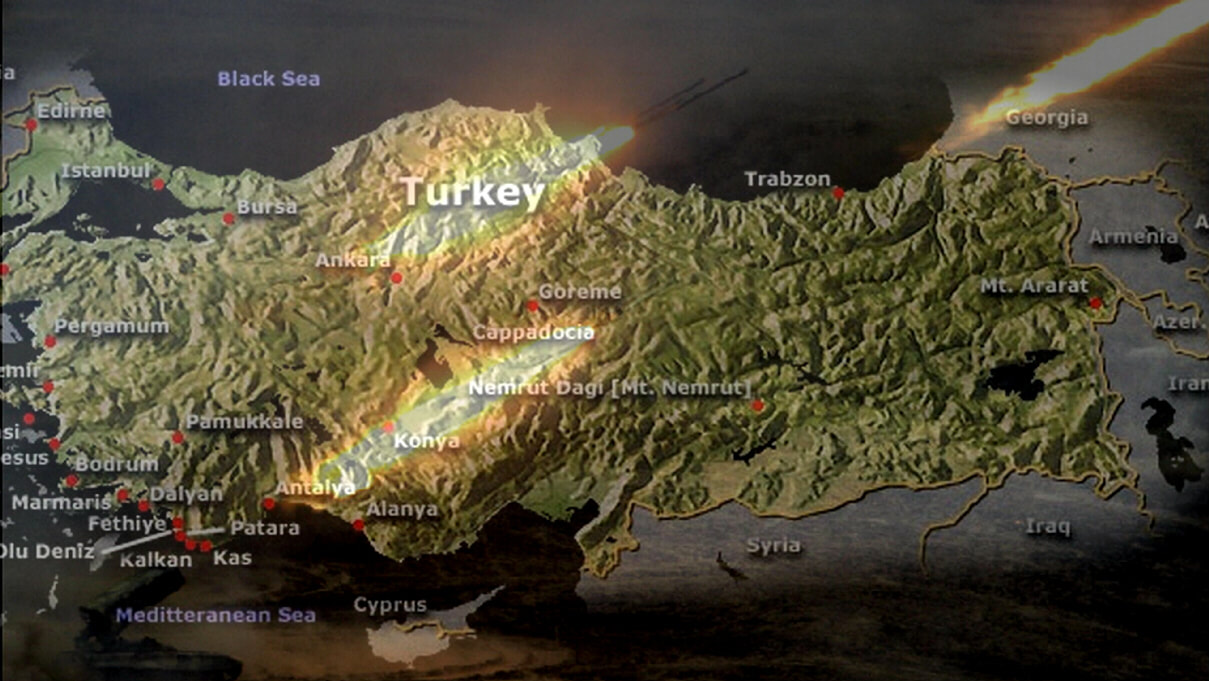 February 6, 2021: According to Nostradamus, once war is waged, Iran will eventually be victorious over Turkey. At the very least, Iran will conquer and occupy northeastern Turkey. And once it has conquered the western part of Turkey it will turn to invade Macedonia.

The Black Sea attack and conquest of Trabzon of Quatrain 5.27 aligns perfectly with The Black Sea Raid by the Ottoman Empire of October 1914 during the First World War. It was conducted to pull Russia into the war. As a consequence, with some tooth pulling by the Allies, Russia entered the war in November 1914, launching a Black Sea Raid of its own on the Turkish port city of Zonguldak.

In this Nostradamus quatrain we have Persia (Iran) launching an attack on Turkey on the Black Sea "with fire and weapons" rather than Russia. "Not far from the Black Sea" suggests the invasion is launched from Azerbaijan, Armenia, or Georgia. Whether or not it will take 18 months to capture Trabzon as it took Russia (April 1916) is uncertain. I read the quatrain as though the raid, conquest and occupation all occur rather quickly. Still, it could take 18 months.

The dating of this quatrain is consistent with the nearing the end of the Turko-Iranian conflict and thus approaching the great time of trouble to come by 2038 when World War III reaches a head. If so, it would best be dated as October-November 2033 for the inital attack. The conquest of Trabzon might take a little longer and not occur until 18 months later. In a long war between Iran and Turkey, it could take until April 2035 before Turkey is conquered and occupied.

But there will still be a year or two of fighting to go after securing Trabzon. Iran's destination is Macedonia.... and that mean plowing through the entire nation of Turkey from east to west.

By this time it is difficult to determine if Egypt and Greece are still enemies of Turkey or if they are now former enemies and at war with Iran. We can only guess at this time why that would happen. But because Macedonia is to later be invaded by Iran, clearly Greece has become its adversary in the Eastern Mediterranean.

Saudi Arabia, allied to the West ("the Sun"), is already an enemy of Iran. Apparently, Iran will have attracted allies in some Balkan countries since Arab blood will be spilled in the Adriatic Sea.
Powered by