A GREAT SUPERNOVA APPEARS:
The Pope Flees the Vatican 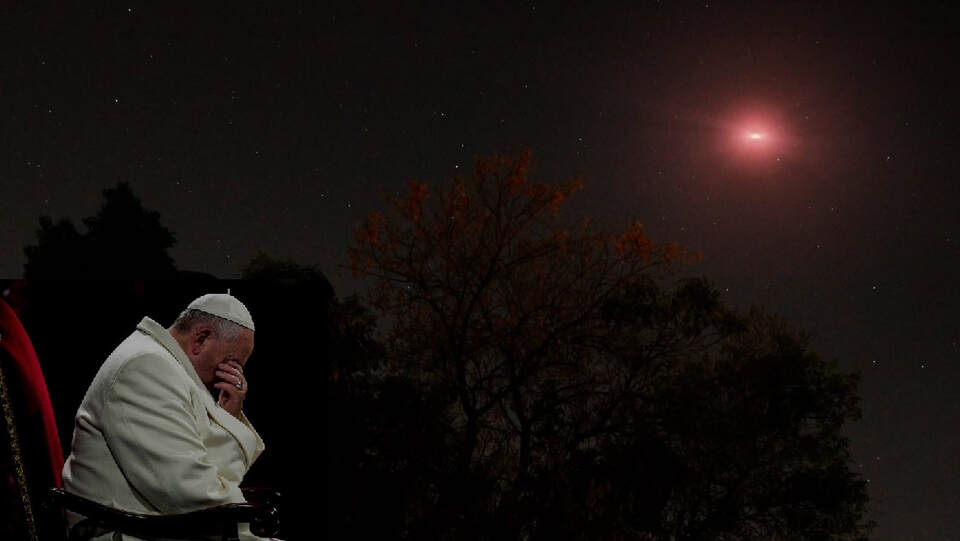 December 25, 2020: Prophecies never mention comets, supernovas or "great stars" that occur during an untroubled time. Kepler's Supernova (SN 1604) blazed in the skies of the northern hemisphere at magnitude -2.5 in October 1604 and, before that, Tycho's Supernova (SN 1572) in November 1572 at magnitude -4. Nostradamus never mentioned either of these in his prophecies, never placed an unusually bright star with an event for either 1604 or 1572. He died in 1566, so those two years would have been in his postmortem future. Likewise Bible prophecies, Native American Indian prophecies, Islamic prophecies, East Asian prophecies, Mother Shipton's, Hildegard of Bingen's, or anyone else.

Kepler's Supernova and Tycho's Supernova serve as reminders that if Betelgeuse does become the brightest supernova in history at any time soon it still may not be a prophetic event. We should enjoy such events and hold them in awe for they mark a special time in astronomical history and a period of our own personal lives should we be lucky to live in such times.

Thus, it is possible the world may see another bright supernova before this one to be discussed ... this prophesied one that may occur in June 2037. There is a chance we may see the Betelgeuse supernova in February 2022 or, much more likely, October 2024 (the 420th anniversary of Kepler's Supernova). However, February 2022 is a more promising base 7 anniversary of the magnitude 3 blue supernova SN 1987A that appeared on February 23, 1987 in the Large Magellanic Cloud. The 1987A event was only visible in the southern hemisphere but a repeat could occur in the North rather than the South. For we have yet to behold the Hopi Indian prophecy of the Blue Star Kachina.

But as 2037 marks a turning point in the coming world war, that turning point just happens to align with the 119th anniversary of the appearance of magnitude -1.3 Nova Aquilae (V603 Aquilae), the brightest nova (not supernova) in history — landing in the super-bright category. It attained a peak brightness of magnitude -1.4 on June 9, 1918, five months before the end of the First World War, virtually matching Sirius, the brightest star in the sky. That may repeat again in June 2037 ... and if Betelgeuse does not go supernova beforehand, it may well do so at that time. There are other potential contenders, however, such as Binary Star V Sagittae which will also become a red supernova ... for certain ... some time during this century.

This supernova may also be the star WORMWOOD that appears in the Book of Revelation. That entirely depends on whether the history of mankind extends not much farther than the Newtonian end of the world year of 2060 ... or as far as either of the two potential end time years arrived at in Nostradamus' Epistle to Henry II: 2242 or 2827. Obviously if future human history extends to 2827, this supernova of 2037 will NOT be Wormwood.

However, if the events of Revelation occur over a period of 210 or 217 years (if the end year is 2242), which is quite possible, then the 2037 supernova may indeed be Wormwood.

Whether or not it is, the supernova is likely to be the star that burns for seven days when the Pope is forced to flee Rome:
Nostradamus, Quatrain 2.41:

The great star for seven days will burn, the cloud will make two suns appear:
The great mastiff will howl all night, when the great pontiff will change his country. 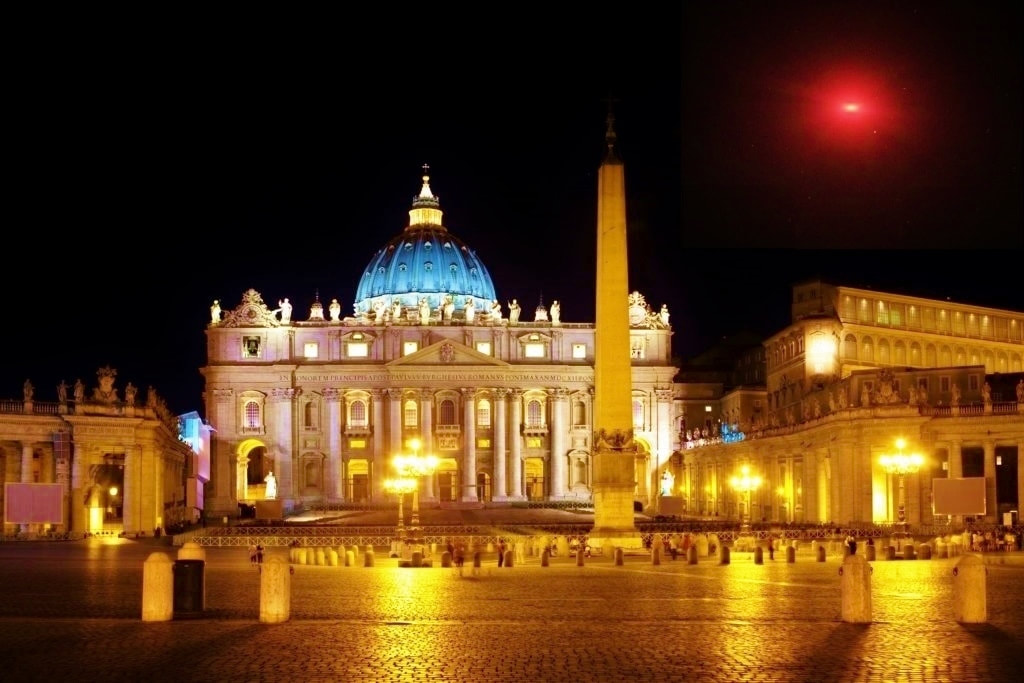 This agrees with Catholic prophecies that state a Pope will be forced to flee the Vatican and will either go into exile or be killed (there is some contention on this) and that for 25 months there will be no pope at all. One of the years prophesied that this 25-month period will occur in is 2038. So June 2037 (or sometime in 2037) could well be the start of the 25 months.

Explained: Why ‘Supernova Requiem’ Will Return In 2037 With A ‘Double Blue Moon,’ The ‘Greatest Conjunction’ And A Total Solar Eclipse

Astronomers have just made a bold prediction—that an exploding star dubbed “Supernova Requiem” will again appear in the year 2037. So what’s going on? And what else is going to happen in the year 2037? Quite a lot, actually ... here’s a glimpse of what to expect in 2037!

A Vanished Supernova Explosion Will Appear Again In 2037

With what we currently know about astronomy, predicting when a star will end in a dramatic supernova is nearly impossible. But there are exceptions, among them, the so-called Supernova Requiem, which astronomers predict we will see go boom in 2037.

Distant 'Requiem' supernova will be visible again in 2037, astronomers predict

A distant supernova previously imaged by the Hubble Space Telescope will be visible again from Earth in 2037, astronomers predict. The supernova, dubbed Requiem, is a result of a stellar explosion some 10 billion light-years away. It was visible to the legendary space observatory three times in 2016, thanks to a phenomenon called gravitational lensing.

A burning torch in the sky will be seen, near the end and principal of the Rhone:
Famine, weapon: too late the assistance is provided, the Persian turns and invades Macedonia. 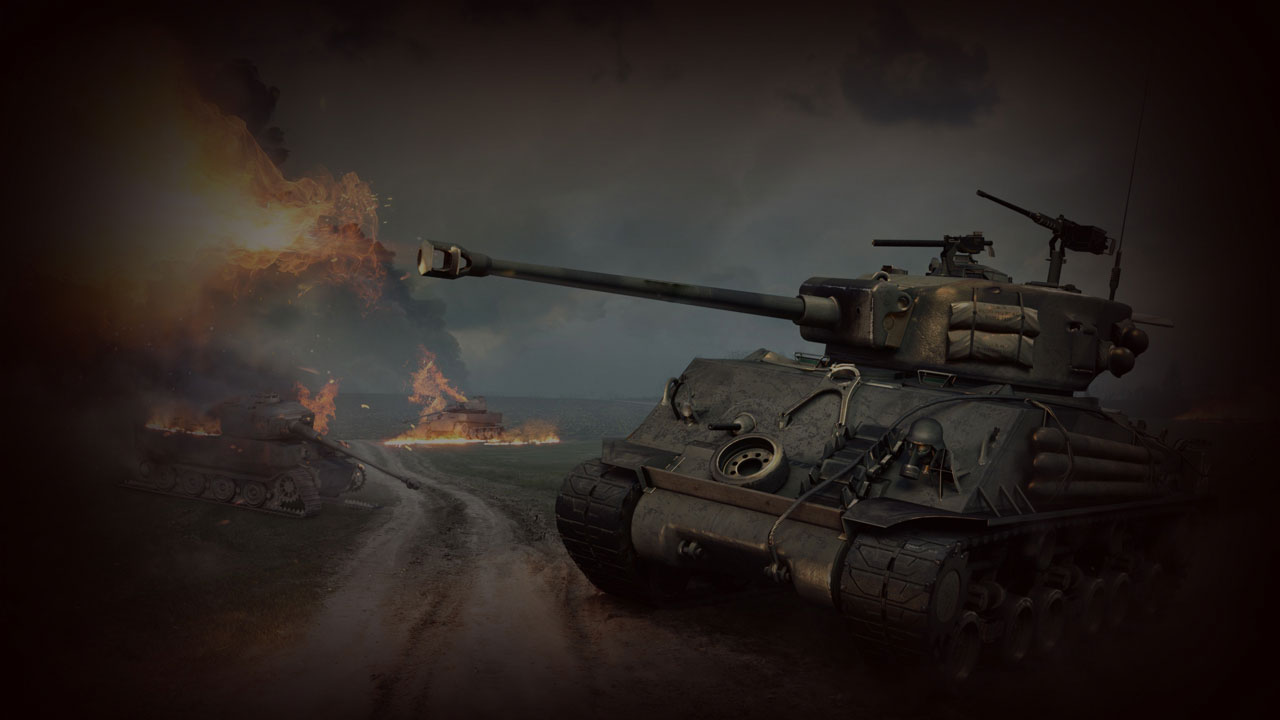 February 6, 2021: According to Nostradamus, once war is waged between Persia and Byzantium, Iran will eventually be victorious over Turkey. By no later than April 2035, Iran will conquer and occupy northeastern Turkey (Trabzon). And once it has conquered the western part of Turkey it will turn to invade Macedonia.

Thus, Quatrain 2.96 above marks the final stage of the war.

After securing Trabzon, Iran's destination is Macedonia ... and that mean plowing through the entire nation of Turkey from east to west.

Ultimately, Persia will turn to invade Macedonia and onward to Greece, opening the great war of Daniel 11 between the "king of Grecia" and the "king of Persia." Nostradamus indicates that the "great star" will be "burning" like a "torch" in the sky, well observed above Arles in Provence (southern France) and also above Rome.

This would occur in June 2037.
Powered by