Who Is The Next Linda Darnell? Actor or Actress Dies in House Fire 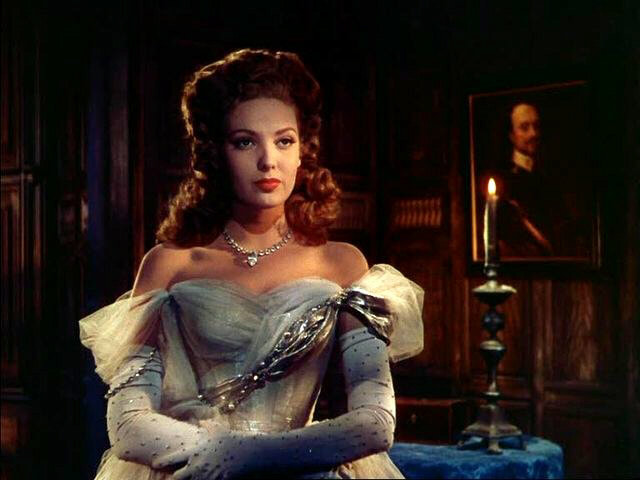 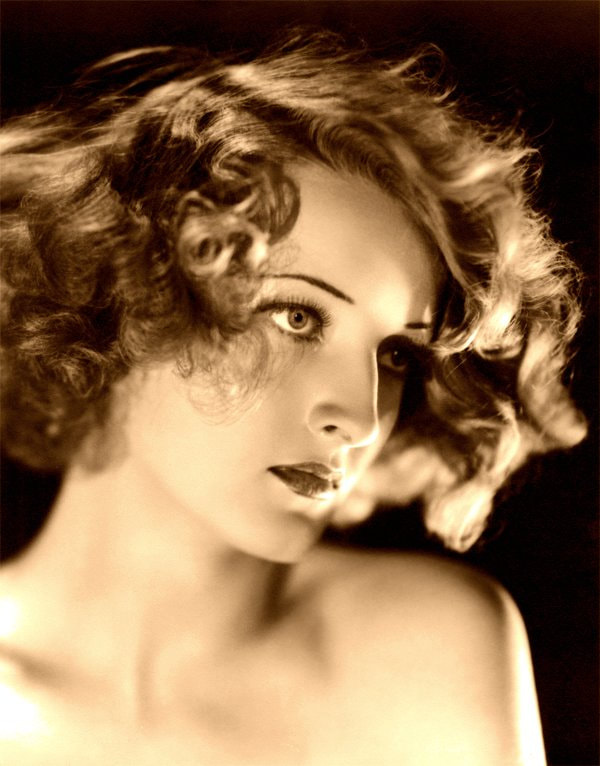 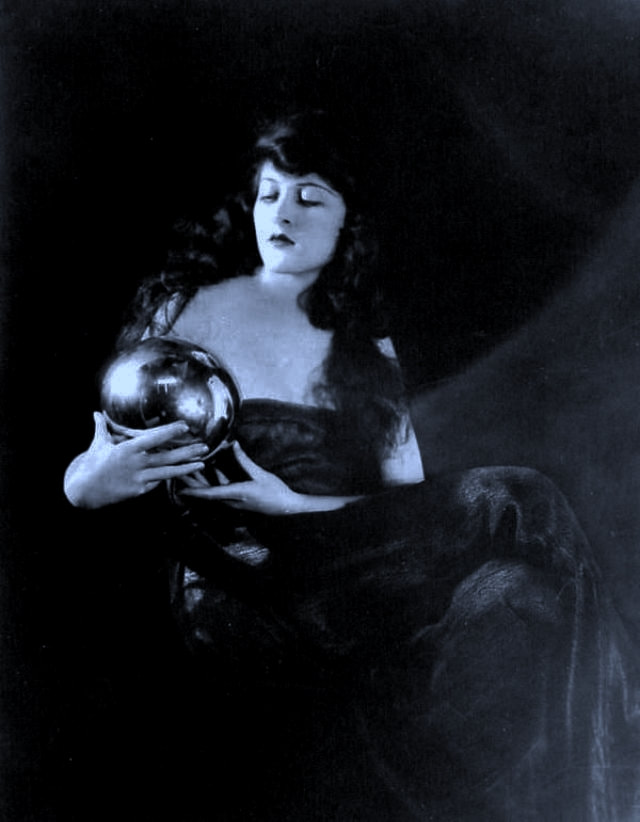 May 20, 2021: This time the danger is horrifyingly real ... and for a major actress. In the past using this precedent there have been only close calls in 2000 and 2007. However, on December 10, 2014, Guiding Light actress, Evelyn Dahab, lost her life after a fire broke out in her East 1st Street apartment. She was only age 33, the same age as another victim on this fire tragedy timeline. This was in perfect alignment with the year 1951. Actor Robert Howard “Clifton” Young died on September 13, 1951, at the age of 33. He died in a hotel fire that started when he fell asleep while smoking. He was born Robert H. Young, and as Bobby Young he played “Bonedust” in nineteen Our Gang films from 1925 to 1931. His most notable films included School's Out, Nora Prentiss, Pursued, Possessed, Dark Passage and Blood on the Moon. One of Young's last films was the Roy Rogers western, Trail of Robin Hood, in which he played a sneering villain. 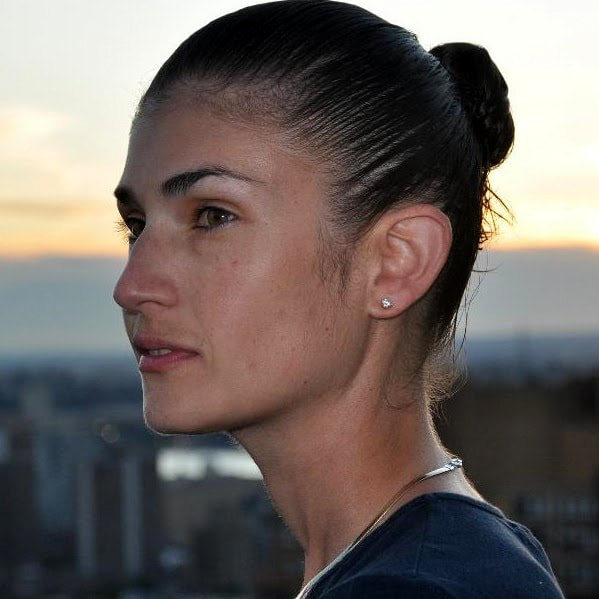 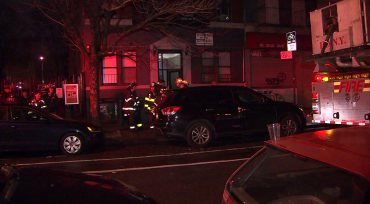 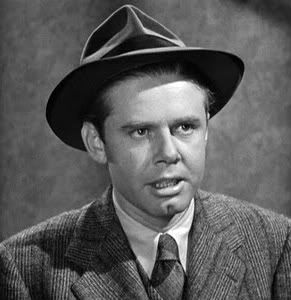 In this instance there was a crossover from male to female. Neither Robert Young nor Evelyn Dahab were MAJOR stars. Thus the 1951 influence did not have to be exact. There is one other male on this timeline as well: Claude Burroughs, an up and coming theater actor who died in the tragic and devastating Brooklyn Theater fire on December 5, 1876. He was age 22 and was also likely the precedent for this timeline.

May 20, 2021: Yes, I know .. they are already here. Well, no ... not exactly. Right now they are software creations on a computer screen. They have made it possible for people to create "deep fakes" that look like real, famous personalities. But they are onscreen creations, not three dimensional. They are not robotic. Not yet.

But the above video will give you an idea just how real the robots will actually be by July 2028. The robots of today are not quite there yet.

It will be impossible to tell them apart from normal humans. They may also possess the all important "I am" sense of self awareness that is required for true, independent thought and actual existence. AI is getting there, but not quite there yet. What appears to be a self will in some of the advanced models is still an illusion at this time.

Like the manned Mars mission, this must be accomplished before 2038 or it may be 35 to 100 years before we are back to where we are now, due to terrible war to come. Thus, if July 2028 is too early, then July 2035 is the only other dating remaining.

I mention on the Mars mission prediction that we may have to leave humans to safeguard our technology in space, the moon, and on Mars until World War III is over and rebuilding can begin. Even at the most optimistic and with access to our technology, that will likely take 35 years to accomplish. Without our tech or enough of it, it may take 100 years.

But we may not have to make humans the guardians. AI robotic entities could be placed in space stations, lunar bases, and a Martian base to guard our technology. They will not require food of course, only an energy source.

Before it released its megahit game Fortnite, Epic was known for creating one of the most popular video game engines in the world, which serves as the backbone of countless games you love: the Unreal Engine. While Fortnite is defined by its cartoony-meme violence, the Unreal Engine has been celebrated for pushing the bounds of visual realism.

Lost In Space or One-Way Trip to Mars? 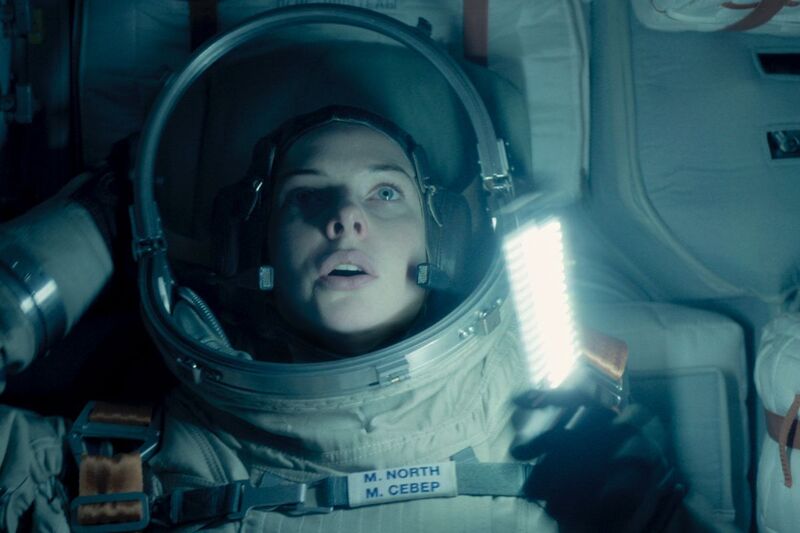 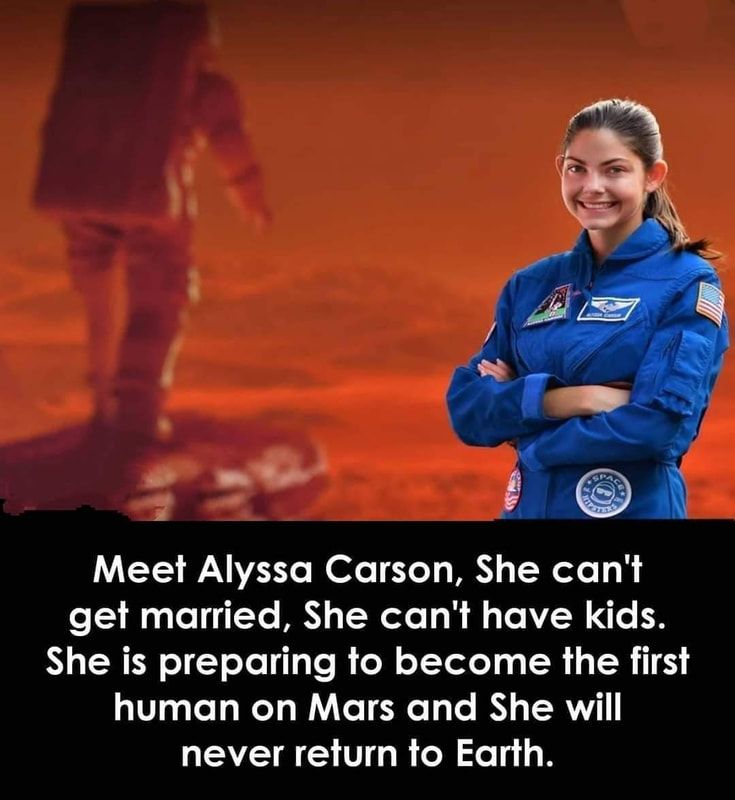 July 18, 2021: Famed female astronaut on "final leg" of apparently successful mission to Mars disappears along with her fellow crew member in July 2028. The star ship is lost and never found. This may not be her first space flight, but will be her first and last Mars flight.

This potential future event is based on the disappearance of Amelia Earhart and co-pilot Fred Noonan in July 1937.

Although I have predicted that official Mars missions won't likely begin until 2032, these independently-funded missions may begin as early as 2024. They will be funded by individuals like Elon Musk. The return-to-earth missions (where the crew only travels part way to Mars) will be dangerous enough. Actual Mars missions will be suicidal as they will be one-way only this early in the game. Thus, this may be the first one-way voyage to Mars with the astronaut or astronauts dying on the Martian surface once all survivable resources inside of the ship run out.

ELON Musk expects to see another giant leap for mankind not just in this lifetime, but in this decade. The SpaceX CEO tweeted that he predicts humans will touch down on the Mars in 2029. The SpaceX Starship, a 400 foot reusable rocket equipped with one of the most powerful engines ever built will be the vessel that brings humans to the red planet. 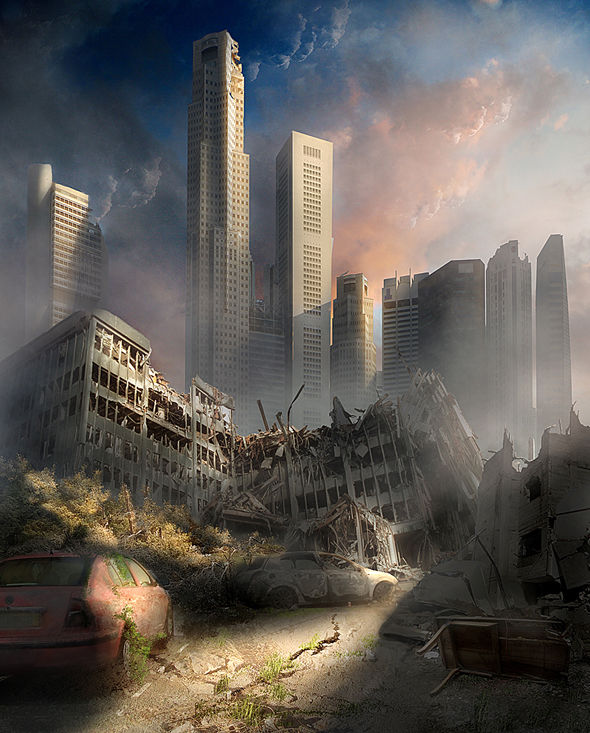 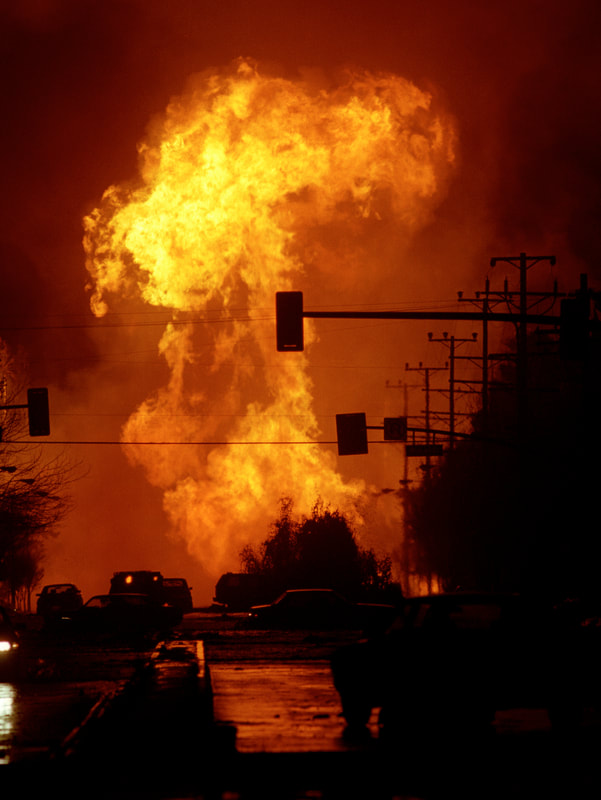 May 25, 2021: One brisk night in October 2028 as Halloween is approaching a man living on the outskirts of a town in the Midwestern US, awakened by a disturbance, cries out "What the hell is going on???" It is a cry amplified a hundred thousand times over in nearly a dozen different Midwestern and Southern US states. But very quickly the expressions of anger turn to cries of fear and screams as an endless series of waves of shaking houses and buildings, shattering windows and glass, and tremendous trembling and swaying of the earth strike home to one and all that something not experienced for many generations has returned to trouble the 21st Century inhabitants.

Some will not consider this and fear a nuclear attack is under way. But eventually it will become clear ... even as communities find themselves battling massive fires among ruins of buildings, mains bursting and flooding the streets, in a land without electrical power.

The New Madrid Fault extends approximately 120 miles southward from the area of Charleston, Missouri, and Cairo, Illinois, through Mew Madrid and Caruthersville, following Interstate 55 to Blytheville, then to Marked Tree Arkansas.

The "New Madrid earthquakes" were a series of intense quakes beginning with a magnitude 7.2–8.2 on December 16, 1811, followed by a magnitude 7.4 aftershock on the same day. Two additional earthquakes of similar magnitude followed in January and February 1812. They remain the most powerful earthquakes to hit the mainland US east of the Rocky Mountains in recorded history. The earthquakes, as well as the seismic zone of their occurrence, were named for the Mississippi River town of New Madrid in the US state of Missouri.

They were not the last major quakes to strike the region.

The fault is active despite not having been disturbed in 126 years. The prophets of old, and I mean a thousand years ago during the time of Hildegard of Bingen and farther, foresaw that a "great nation in the ocean that is inhabited by people of different tribes and descent by an earthquake, storm and tidal waves will be devastated. It will be divided, and in great part submerged."

While many believe the "great earthquake" will be the Big One on the West Coast, or the one prophesied for New York City by Edgar Cayce and Nostradamus, it may well be that the one Hildegard prophesied is a repeat of the New Madrid Earthquakes, now the New Madrid Superquake or superquakes, in the southern and midwestern United States.

​The quakes of 1811-12 were horrific and powerful compared to any other seismic events to occur in the US before or after. In the known history of the world, no other earthquakes have lasted so long or produced so much evidence of damage as the New Madrid earthquakes. The Mississippi actually ran backwards for several hours. Edgar Cayce predicted that the Mississippi and Missouri Rivers would flow backwards, flood the land, and actually back up into the Great Lakes during the next Madrid event. He also predicted the region and some of the adjacent regions would become submerged by water, land turning into a sea splitting the United States into two parts. This event will pave the way.

Experts warn central U.S. should prepare for devastating magnitude 7 earthquake that could hit Missouri fault line at any time as 'fear of the big one' in California remains

Parts of the central U.S. are at risk of a devastating magnitude 7 earthquake within the next 50 years, experts are warning, with added urgency due to what they say is a sense of 'complacency' in those areas. Experts have been predicting a magnitude 7 earthquake in the areas surrounding the New Madrid fault line in Missouri for decades. It covers an area including Memphis, Tennessee, as well as St. Louis, Indianapolis and Little Rock, Arkansas.

Experts: Central U.S. needs to be ready for next earthquake

ST. LOUIS (AP) — Experts have warned for decades that a large swath of the central U.S. is at high risk for a devastating earthquake. They know that overcoming complacency is among their biggest hurdles. Hundreds of emergency managers, transportation leaders, geologists and others devoted to earthquake preparedness gathered Thursday in St. Louis for the annual Missouri Earthquake Summit to discuss the latest information on risks, preparedness strategies and recovery planning. 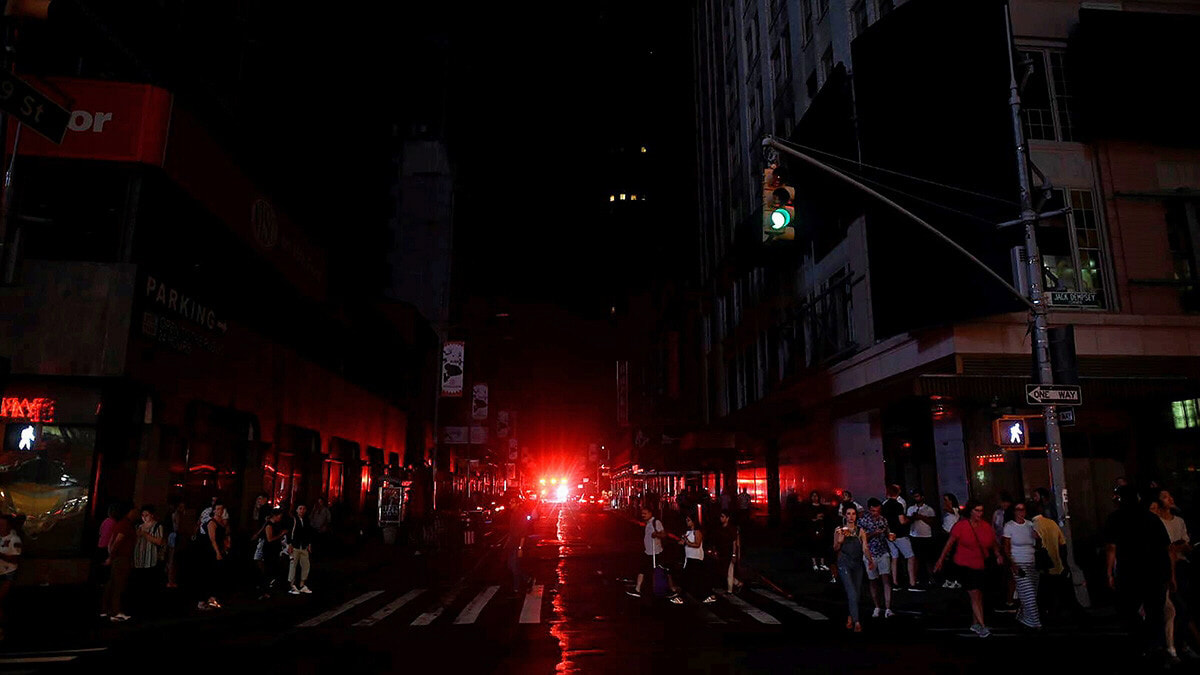 This one will appear "normal" compared to later outages.

From Ontario to Pennsylvania, a sudden lack of electricity in November 2028. No one will know what triggered it, although it will appear to have been caused by a cyber attack. New York City will go dark, as it has before several times in the past (1965, 1977, 2003, and 2019) from Manhattan to the Bronx, Queens, and Brooklyn. It will last a day and night, some areas almost two days.

No more remarkable than the 1965 Blackout, but in these tense times it will cause dread. Some will think it a prelude to a nuclear attack by China. By this time America and Russia will be allied in a major war with the military machine of Beijing.

Larger areas will be affected in later power outages in 2030's and for longer periods of time.

The 2039 darkness will actually be the dreaded "three days of darkness" and people not prophecy knowledgeable will be fooled into thinking the 2039 darkness is a giant blackout ... as a result millions will die who go outdoors to investigate.
Powered by